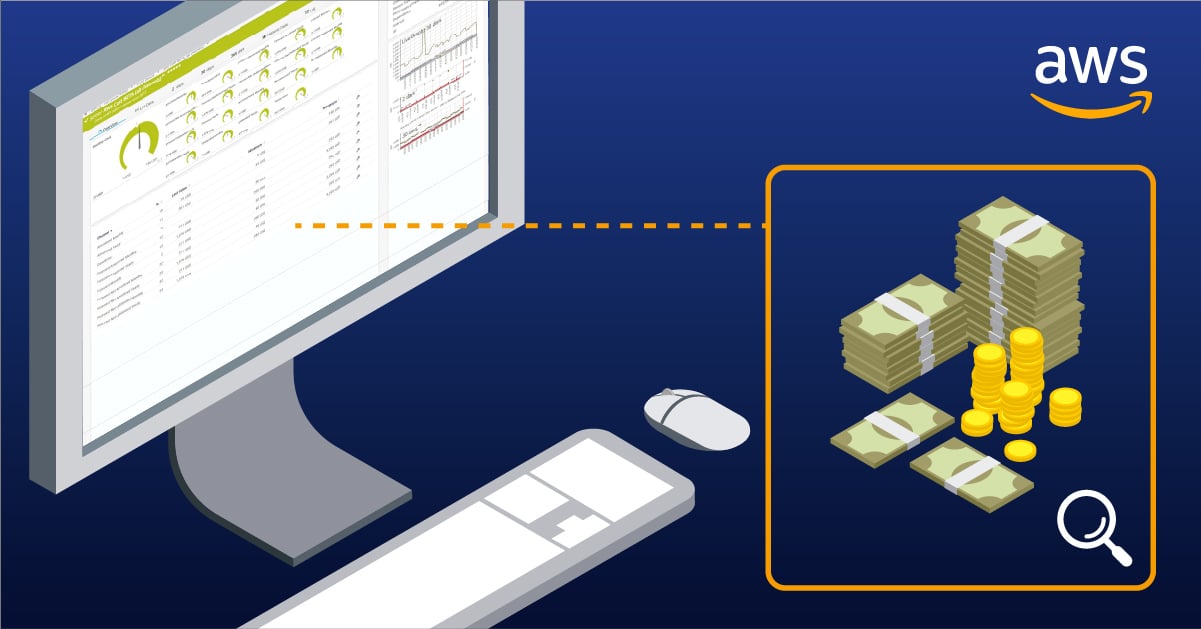 Before we get started, this is part 1 of our two-part series on monitoring AWS environments. If you want to go directly to the hands-on guide, just click below.

It's been a while since I last reviewed new sensors here on the blog. Our developers have been putting a lot of effort into programming new sensor types for Amazon Web Services (AWS) over the last months, and today is a chance to talk about them in more detail.

I have split the topic into two parts. The first part covers the new AWS sensor types in PRTG; including their features and benefits. In part two I will show you how to set up the new sensors in PRTG and what you need to consider when setting up AWS permissions and credentials.

So let's start with the different sensor types:

At this point in time, one or more of the AWS senors are still in a Beta state. Since PRTG version 21.1.65, you can enable the Experimental Features setting “Beta Sensors”. This makes it possible for you to try out upcoming features fresh from our labs and to provide us early feedback. To learn more about our Experimental Features setting, check out our article New handling of beta sensors in PRTG Network Monitor.

Apart from the AWS Cost Sensor (which has been recently developed anyway) all other sensor types have been fundamentally revised and you can recognize them by the suffix "v2". All our AWS sensor types are based on the newest version of the Cloudwatch SDK.

We also changed the standard scan interval of the sensors from 15 minutes to 5 minutes. This leads to more frequent updates so that the sensors collect more recent data. You can read about all the sensor-specific innovations below.

The AWS Alarms feature allows you to monitor CloudWatch metrics and to receive notifications when the metrics fall outside of the levels (high or low thresholds) that you configure. You can attach multiple alarms to each metric and each one can have multiple actions. If you’re interested in more technical details, the AWS News Blog is at your service.

🔥 Channel-specific differences
While the old sensor monitored the state of alarm, the new sensor can distinguish between composite and metric alarms and monitor them independently. 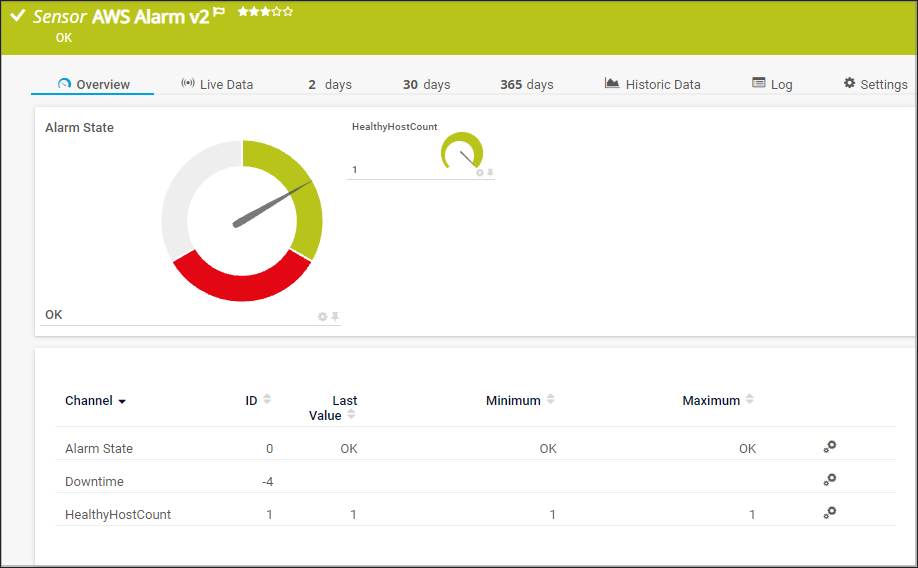 The AWS Cost Sensor in PRTG shows the monthly and yearly costs of an AWS account, as well as forecasts for the costs. This helps you to keep an eye on your company's AWS account spending, as well as on the spending for single purpose AWS accounts. With channel limits, the sensor can individually notify you if your AWS account costs become too high (PRTG Manual AWS Cost)

Besides the included channels, you can optionally add additional types for costs and forecasts like:

This sensor has been available in PRTG for a while. For more details, read our expert Greg's article Monitor your AWS costs with PRTG.

✔️ Amazon Elastic Block Store is an easy-to-use, scalable, high-performance block-storage service designed for Amazon Elastic Compute Cloud (Amazon EC2). It is commonly used to build your SAN in the cloud, run relational or NoSQL databases or right-size your big data analytics engines just to name a few use cases. Find out more on how it works at aws.amazon.com.

The AWS EBS v2 sensor monitors the status and performance of an AWS Elastic Block Store (EBS) volume and will be the successor of the existing Amazon CloudWatch EBS sensor. 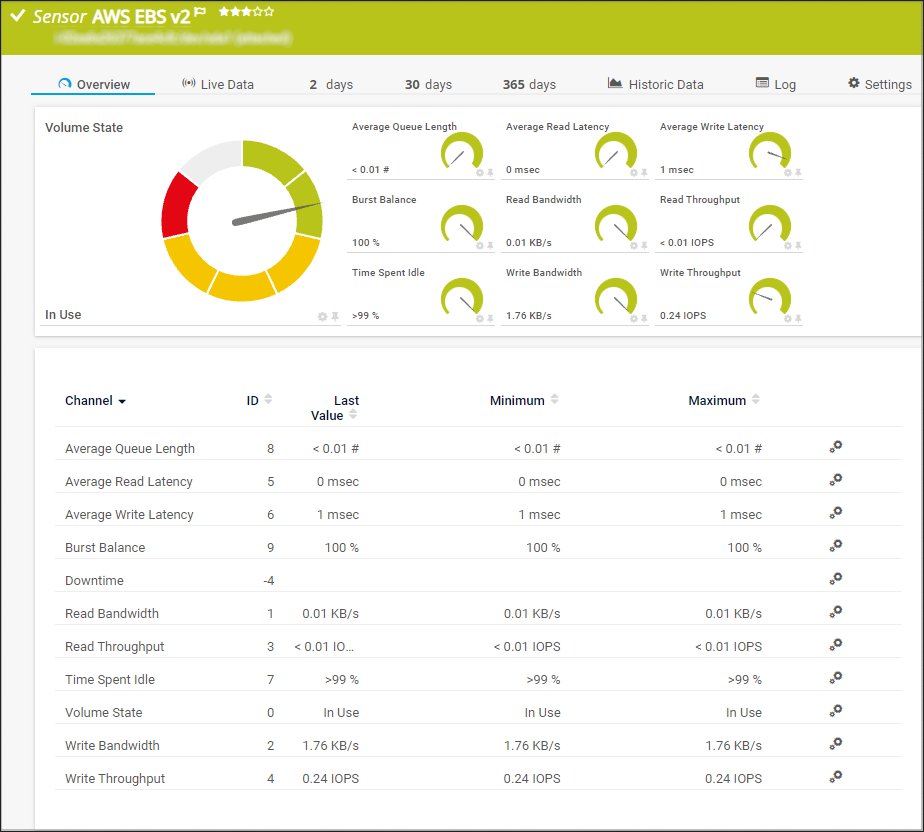 The AWS EC2 v2 sensor monitors the performance of an Amazon Elastic Compute Cloud and will be the successor of the existing Amazon CloudWatch EC2 sensor. It shows information like CPU credit balance and usage, disk read and write, network load and many more. Find all supported metrics plus a lot more additional info in our PRTG Manual entry for AWS EC2 v2.

The channels 'Disk read', 'Disk write', 'Read ops', 'Write ops' and 'Status' are no longer available in the new sensor. 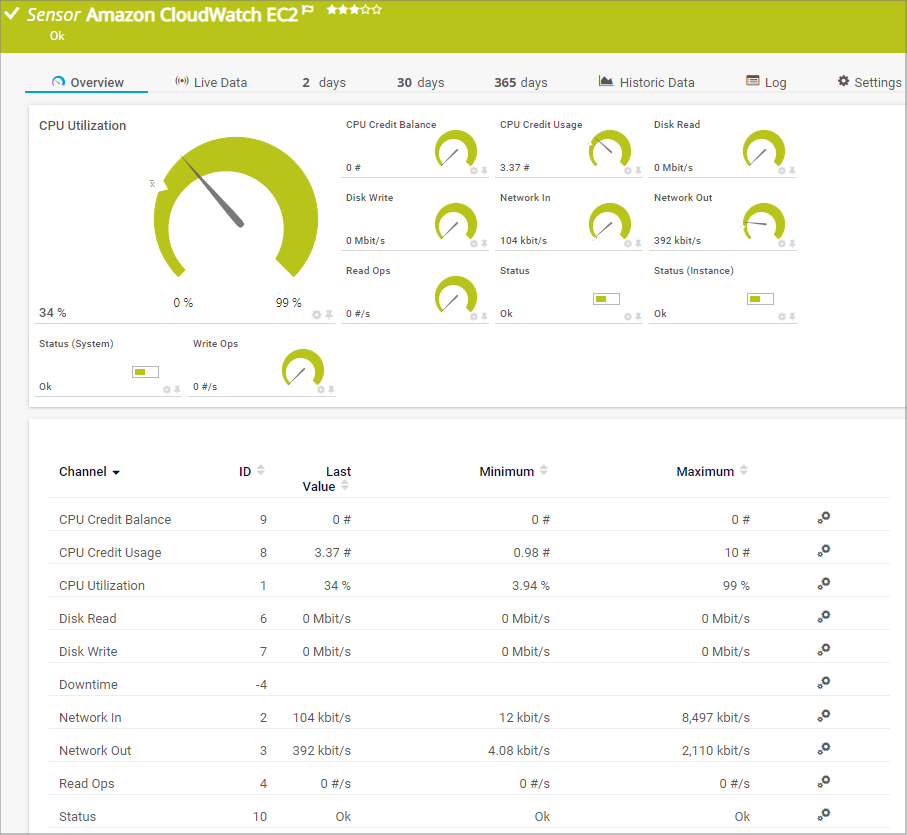 The AWS ELB v2 sensor monitors the performance of an AWS ELB load balancer and will be the successor of the existing Amazon CloudWatch ELB sensor, making it possible to monitor newer ELB types than the ELB v1 sensor could.

The AWS ELB v2 sensor supports various metrics, including ActiveConnectionCount (Sum), ActiveFlowCount (Average), ConsumedLCUs (Sum), UnhealthyHostCount and a lot more. Find the full list of metrics including a lot of other details in our PRTG Manual entry for AWS ELB v2.

✔️ Amazon Relational Database Service (Amazon RDS) is a web service that makes it easier to set up, operate, and scale a relational database in the AWS Cloud. It provides cost-efficient, resizable capacity for an industry-standard relational database and manages common database administration tasks. For examples on how to create and connect to a database instance using AWS RDS, switch to aws.amazon.com and read on here.

The AWS RDS v2 sensor monitors the performance of RDS (Relational Database Service) instances and will be the successor of the existing Amazon CloudWatch RDS sensor. 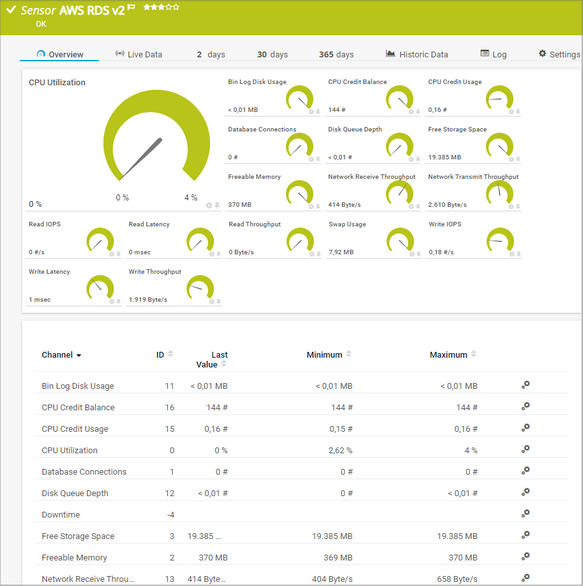 Would you need additional sensor types, e.g. to monitor your Cloudfront network or application integration like Amazon MQ or EventBridge? Sensors like these can be useful in different scenarios, including industrial or building automation settings or even other scenarios.

To provide the best solution possible, we need to understand your use cases better. For this we have prepared a short survey. You will only need a few minutes: click this link and our devs will be ecstatic. 😊

Okay, so much for the theoretical part one. As promised, we will go into practice in part two. Do you already have questions up to this point? Then by all means ask them! Either directly here in the blog as a comment, or contact our support via email.

Either way, we are looking forward to hearing from you!

Keep track of your distributed data centers with ITOps board

Quit playing games with the heart of your IT

How to easily add and use Cisco Meraki sensors in PRTG 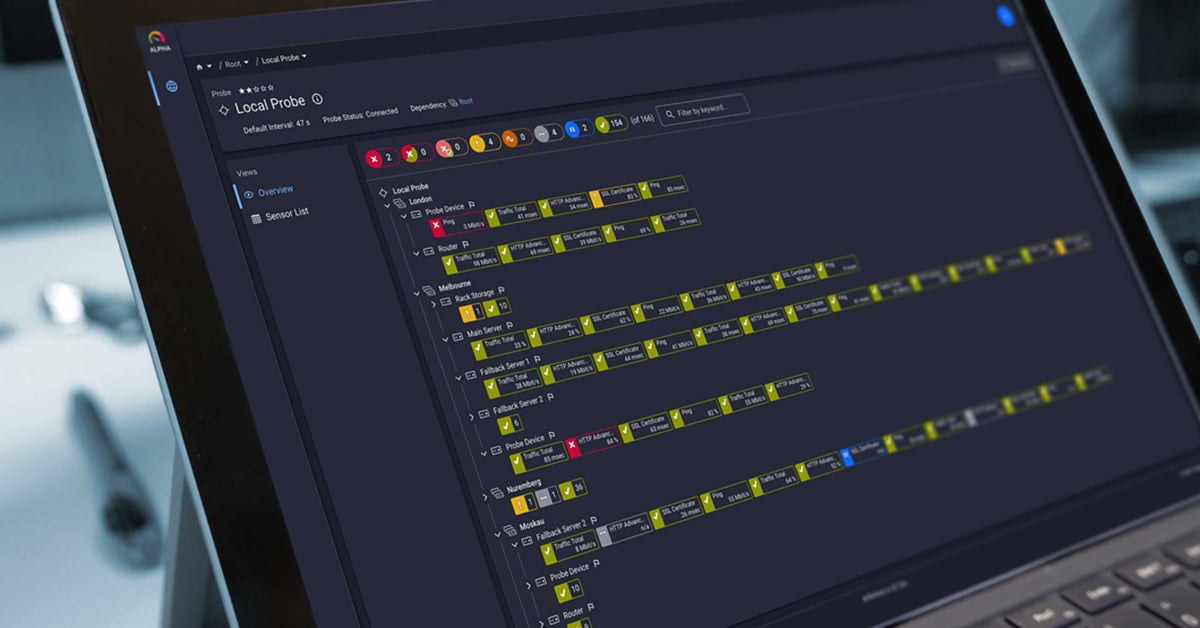