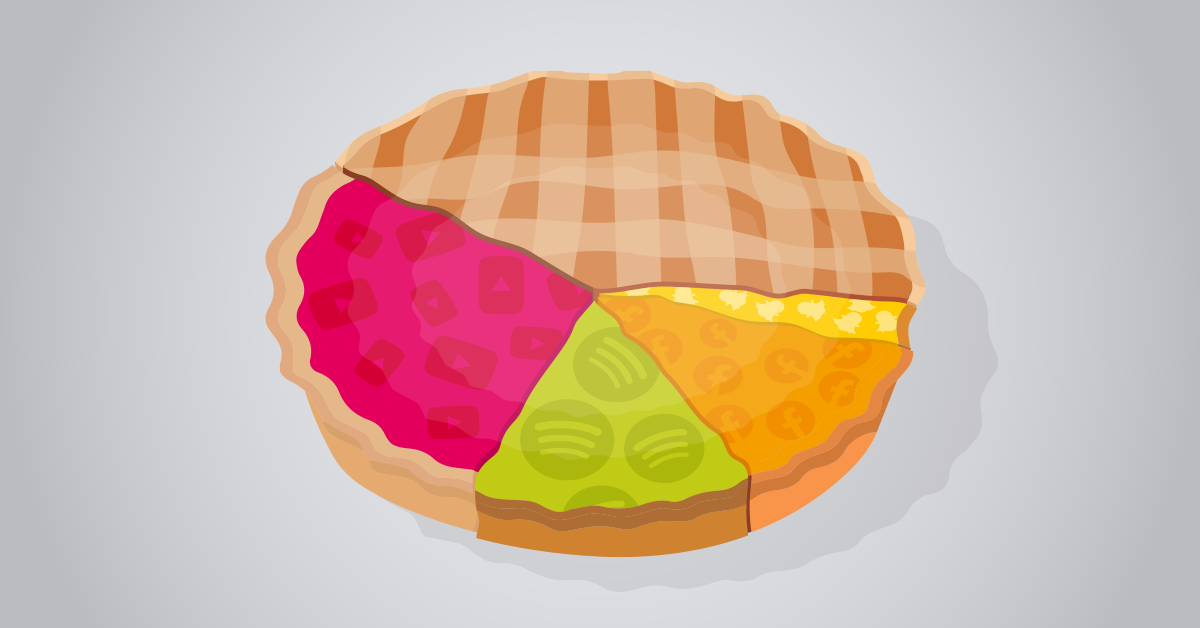 To really understand the health of your network, you need ongoing monitoring. But sometimes you just need a quick check to see that everything is running like it should be. A quick test of bandwidth can be very useful in this situation.

Much like monitoring a credit score, when it comes to bandwidth, the specific number isn’t as important as the general range. For example, if you normally get somewhere near 40 Mbps for your internet download speed, but it drops to 2 Mbps during certain times of day, there may be issues that need to be resolved. On the other hand, the difference between 41.23 Mbps and 40.89 Mbps is much less relevant.

iBandwidth is measured as the amount of data that can be transferred from one point to another within a network in a specific amount of time. Typically, bandwidth is expressed as a bitrate and measured in bits per second (bps). It refers to the transmission capacity of a connection and is an important factor when determining the quality and speed of a network.

A quick and easy way to get a bandwidth check is to use an internet-based speed test. There is nothing to install and the results are available in seconds. There are numerous online bandwidth tests, including ones from big providers such as AT&T and Comcast in the U.S. And, just in case you are worried that your ISP might try and make their own service look faster than it is, there are independent speed tests, such as Speedtest.net or Google's Stadia bandwidth speed check.

These bandwidth tests work by downloading and uploading a known quantity of data to their server and then measuring the time it takes. The results (you get at least information about the upload speed, download speed, and ping) can tell you if the internet is actually slow today (for you at least) or if you’re just in a hurry.

The catch to an online, internet-based bandwidth test is that it involves the bandwidth of your internet connection in the test. Sometimes, it is useful to know about the bandwidth on the local network. This requires a locally installed bandwidth tool or monitoring software.

For a simple bandwidth measurement on a single PC, Windows Task Manager can show basic data about your Wi-Fi and ethernet connection. Just select the Performance tab and then click the network interface. In the example below, you can see what happens when watching a YouTube trailer. 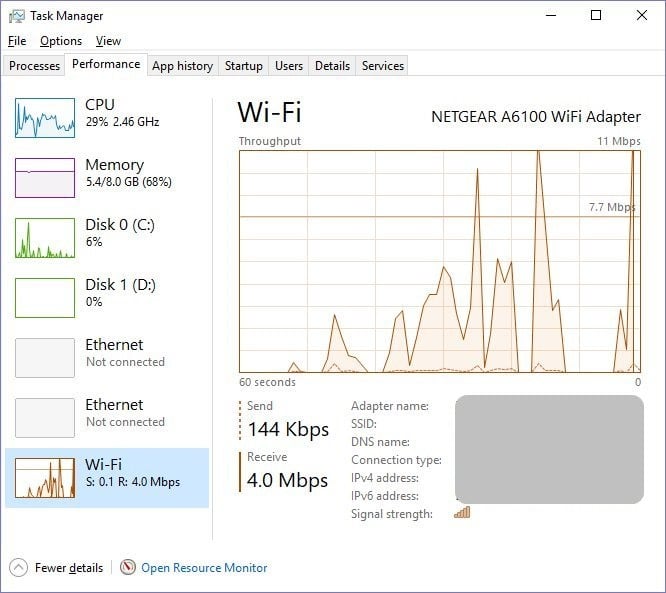 To really get a full picture of network bandwidth, it takes a more advanced tool like Paessler PRTG monitoring software. This kind of tool has several advantages over simpler tools.
First, while it will also let you look at a snapshot of current bandwidth data (LAN and/or Wi-Fi), it can also track and store bandwidth results. This allows an administrator to view how bandwidth changes over time. Also, the tools mentioned earlier only show how the bandwidth is available to the single computer running the test.

With PRTG, and tools like it, you can monitor all of the traffic on the local network as it passes by the network interface. This allows the administrator to not only see how much bandwidth is available, but also how much is being used and by whom (program, device, service, protocol, IP address etc.). Is there someone streaming high-definition videos? Is the printer repeatedly trying to download updates? Once the administrator can see what is using the bandwidth, they can either fix it, or make the case to upgrade to more bandwidth. 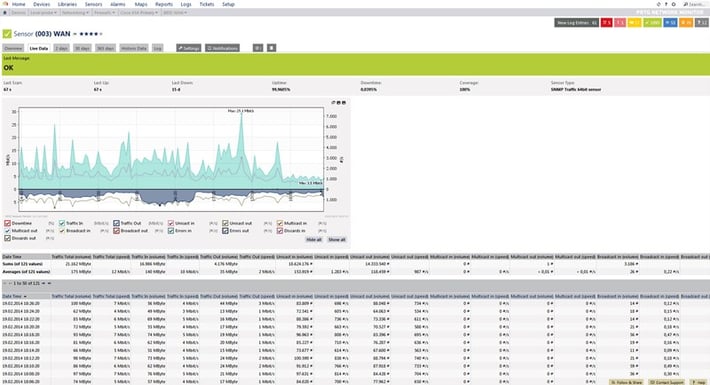 PRTG also monitors additional performance data such as latency, ping from different locations, or the availability of your internet connection in percent.

The data traffic on network interfaces can also be logged with the command line tool iftop. It runs on unix-like operating systems and can be found in the repositories of all common distributions and can therefore usually be installed via the package manager. You can use it to explicitly determine where and how much bandwidth is being used on which network interface. It can display which network connections exist between two IP addresses, as well as the number of data packets running over this connection. If necessary, it is possible to switch to the protocol level, where the entire CIFS or HTTP data stream can be displayed. This enables successful troubleshooting in case of a slow connection.