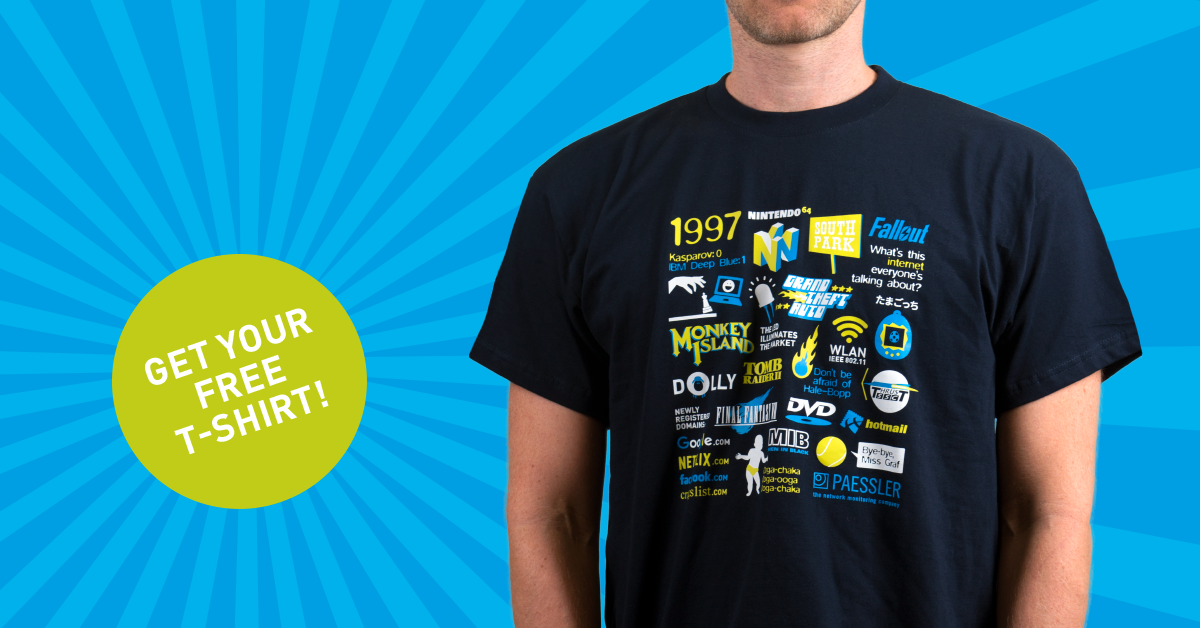 But may we suggest something else? Learn a new language, go on treasure hunting or watch some unboxing videos.

Also keep an eye on our blog for new free stuff in the future: We’re sure you’ll make the race!

It is a cold, hard fact that our daily internet lives are built on the three pillars of pop culture retrospectives, 9GAG visits and stalking people on Facebook. But there was a time, not too long ago, when the web, and ergo our whole life, looked completely different. We’re talking about the 90s and in particular about 1997. Nobody had smartphones, very few used the internet, and people were still reading newspapers (!) while waiting for the bus. On the other hand, so many game-changers between now and then made our world a better place to live in. The Pen Pineapple Apple Pen song. Horror masterpieces like Sharknado. Britney Spears shaving her head. Pokémon Go († 2016). Just to mention a few. We had a close look at the year Paessler was founded and created a shirt with 1997s most important events and unforgettable moments. The dancing baby, also referred to as Oogachaka Baby, is only one of many that made it on this shirt – which you can order for free after passing this Quiz (it’s somehow not too difficult).

To all friends of our company reading this: We’re also writing a longer article about our proud Paessler anniversary, that will contain less nostalgia gossip, and more hard facts. Coming soon.