We at Paessler are not under suspicion of being particularly reluctant with interactive advertising and social media campaigns. For this year, however, we have come up with something very special. Spoiler alert: We're giving away a couple of PS4 Pros, iFixit Kits and, of course, a bucketload of PRTG swag...

So, what do you have to do?

🐢 PRTG Network Monitor has always been used in ways that we would not have originally expected. PRTG was used to monitor mailboxes, a prawn farm and numerous snake terrariums. And turtles - let's not forget about the turtles...
Our users have already surprised us countless times with particularly imaginative maps and creative hardware ideas to complement their monitoring; and as far as sensor usage is concerned, we have also been thrilled on several occasions.

😏 That's why, once again, we're asking you the following questions:

And what's in it for you?

🕹️ Now, let's get down to business. We're raffling one PlayStation 4 Pro, 3 iFixit Kits and a number of PRTG goodies for each of the above disciplines.

All that could be yours: 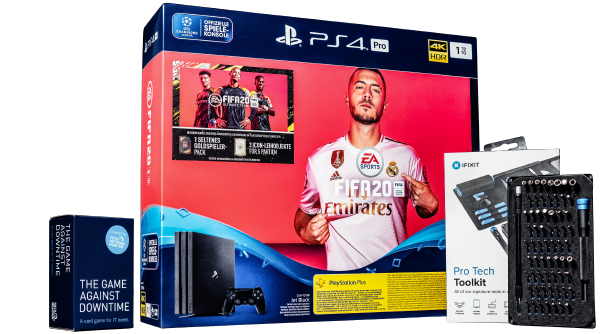 Think you got what it takes? No more words then. Get busy!