At Paessler, we have a mission. We want to empower our customers with our IT, OT and IoT solutions to monitor, understand and reduce their resource consumption. This cause is a matter of heart and hence it will certainly come as no surprise that our founder Dirk Paessler, who is still Chairman of the Supervisory Board of Paessler AG, founded a separate company some time ago that has taken a very focused approach to the issue of climate change. This company is called Carbon Drawdown Initiative.

Even less surprising might be that Dirk is relying on Paessler PRTG, more precisely on our cloud solution PRTG Hosted Monitor, to monitor a captivating project of the Carbon Drawdown Initiative. Let's take a look at this story and the use case.

Behind Carbon Drowdown Initiative lies a simple idea. We're in such a deep mess already that simply switching to a more eco-friendly way of living and working is not all we must do in the long run. It is certainly strongly advised to keep CO₂ emissions as low as possible. But at the same time, we need to filter out the CO₂ in the air that, as a result of earlier emissions, is now passively causing the earth to heat up even more. Accordingly, the mantra of Carbon Drowdown Initiative is:

i About Carbon Drawdown Initiative

The Carbon Drawdown Initiative GmbH was founded in January 2020 and is focused on promoting research, public discourse, and impact investment in the field of "negative emissions". This involves the removal of carbon from the atmosphere with subsequent long-term storage of that carbon. This CO² removal is crucial to counteracting climate change by achieving "net zero". This is especially important, considering that certain emissions are difficult to avoid and will continue to occur in the future. The next step would then be to reverse the impact of historical emissions to bring current temperatures back down.

In addition to public discourse, political work and early investment in start-ups with innovative concepts for CO₂ removal, the Carbon Drawdown Initiative has also launched its own Enhanced Weathering project: Project Carbdown is being implemented by a network of technology companies in the Nuremberg metropolitan region and renowned scientists from various international universities, including the Alfred Wegener Institute and the universities of Hamburg and Wageningen. 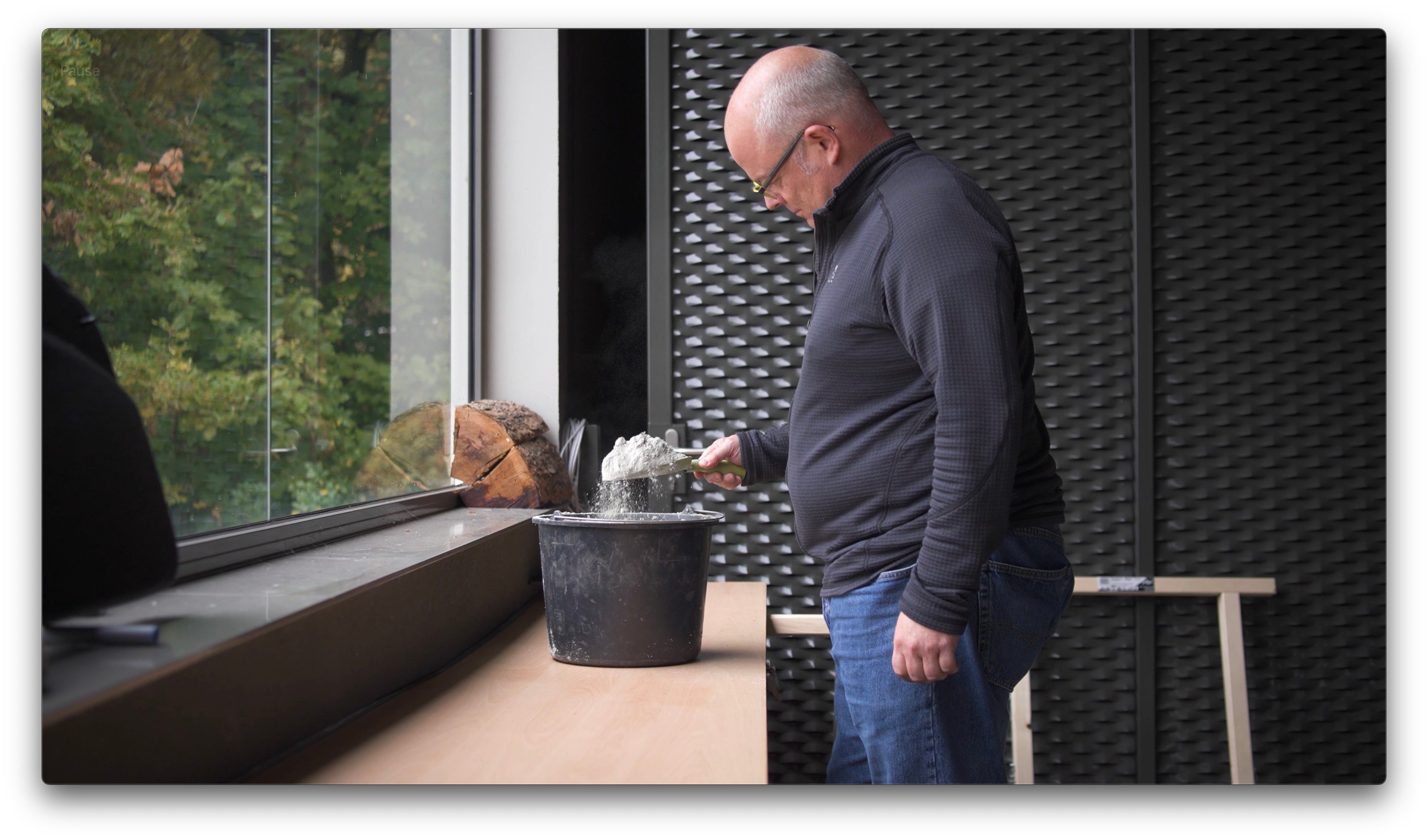 In January 2021, the Carbon Drawdown Initiative spread ground basalt and olivine rock on four fields in different countries in Europe - a total of 40 tons per hectare. In addition, 300 sensors were buried in the soil to record the chemical reaction of the rock flour with the soil, as well as precipitation amounts and weather conditions. Since then, the data has been sent via middleware and collected in Paessler PRTG Hosted Monitor every twenty minutes for later analysis. The goal is to do this for hundreds or even thousands of fields in the coming years using networked electronic sensors and an automated measurement and monitoring system. In this way, scaling up for accelerated weathering on croplands should become possible.

"Only the automated measurement via PRTG using low-cost sensors keeps the door open for us to possibly scale the project up at a later stage. Because only in this way can we determine the measured values for a determination of negative CO₂ emissions not only for a few fields, but also for many more areas in the future. With conventional laboratory methods, this scaling would be impossible."

In addition to chemical data such as the soil’s pH value or conductivity, Paessler PRTG Hosted Monitor also collects weather data such as solar radiation, precipitation amount and the temperature of the soil and air. In the subsequent analysis, this data is combined and evaluated with data determined by other measuring systems and laboratory analyses. This is also why the decision was made in favor of the cloud-based Paessler PRTG solution – the other systems are also located in the cloud, which makes linking them particularly easy. 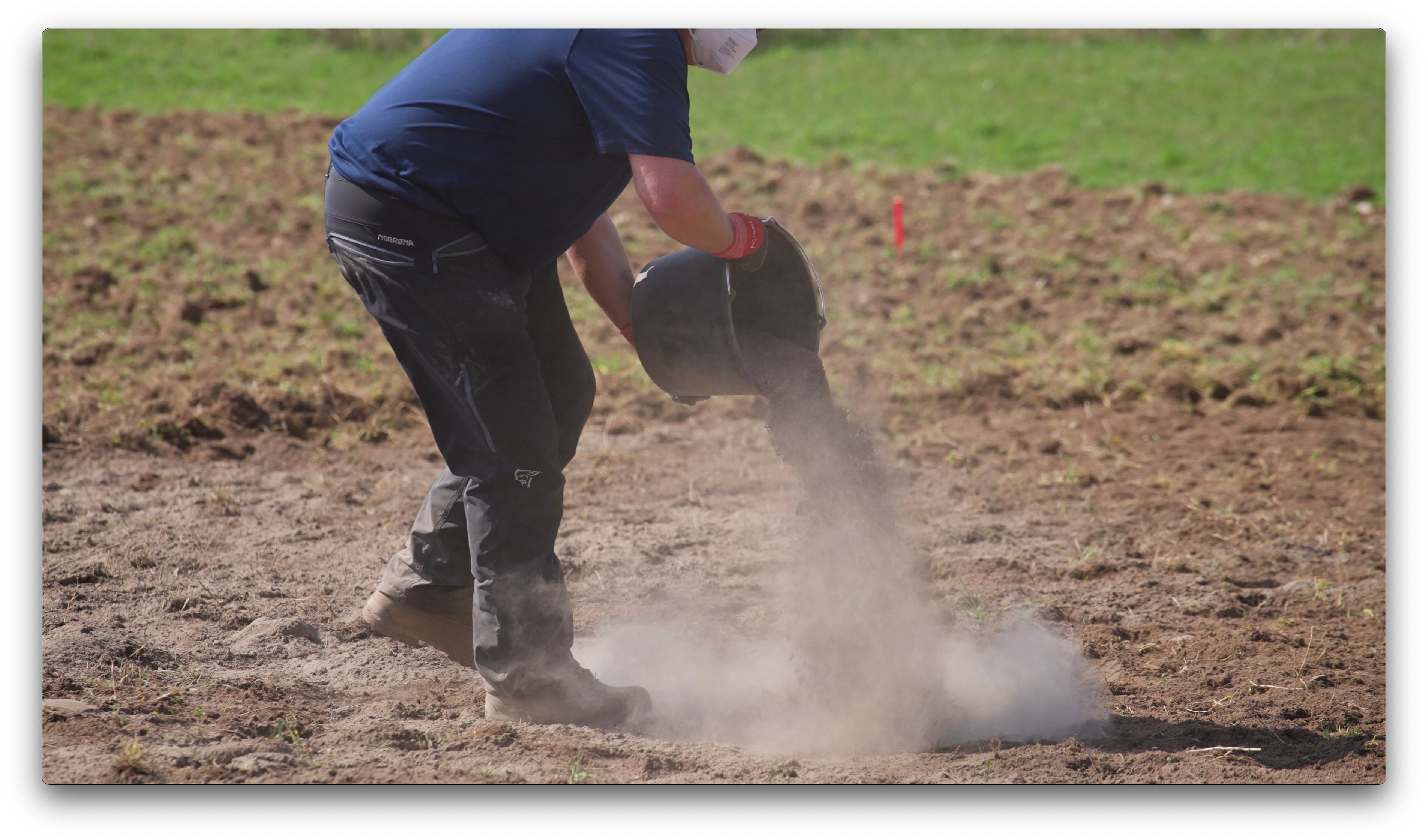 Thousands of data points are collected every day. Based on them, the progress of the weathering of the rock flour in the arable soil will be demonstrated within the next two years.

"PRTG Hosted Monitor provides us with a good overview of the reactions and products of those reactions in the soil by displaying soil and weather data from connected sensors. It also incorporates data transmitted from other measuring systems and laboratory data. Initial learnings have already been derived from this data pool: The biggest challenge in measuring weathering – which can easily be done in a laboratory – is the high variability of natural and environmental influences in an outdoor area."

Developing the interfaces, connecting the middleware and commissioning the software

The data is delivered by sensors buried in the ground and then transmitted via LPWAN technology. Middleware decodes the incoming data streams from the LoRaWAN sensors and forwards the data to Paessler PRTG Hosted Monitoring. The sensor landscape is heterogeneous, using technologies and hardware from different manufacturers that were previously selected specifically for the project by the Paessler project management team and implemented together with their partner, AlphaOmega Technologies.

The challenge: All data collected by the various sensors must be consolidated in Paessler PRTG in such a way that it can be compared with the data collected in the laboratory. The data currently recorded includes precipitation, wind speed, temperature, soil moisture, pH value, soil conductivity, air pressure and solar radiation.

The first step towards sensor-based agriculture

The interaction between Paessler PRTG Hosted Monitor and the middleware is smooth because the middleware proactively transfers the required data to the monitoring solution in a targeted manner. The data can then not only be viewed in the dashboard, but can also be exported at any time - including historical measurement data.

In addition to the goal of determining the amount of CO₂ extracted per hectare, the use of sensors in conjunction with PRTG Hosted Monitor is also conceivable for implementing automatic irrigation, fertilization, growth monitoring, effort estimations, or protective measures. For example, alarms could be triggered if the soil is too dry, or if there is an insect infestation. Optimizing the quantities of water, fertilizer and pesticides used based on the actual needs brings both economic and ecological benefits.

By building on an understanding of the interactions in the biosphere, productivity can be significantly increased through optimized processes based on comprehensive data – just as CO₂ reduction certificates may soon be introduced.

This case study as video and PDF

Whether you prefer to enjoy this use case as an informative & entertaining video or you prefer to download a conventional PDF, we've got you covered.

Below you find our official video  - and here you can get the PDF.

All about PRTG Life, the Universe and Everything Monitoring Insights