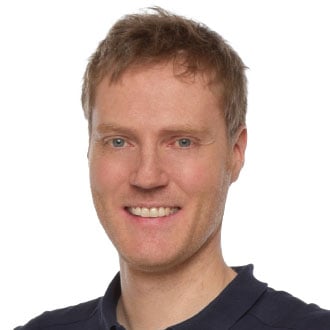 While the beta test of PRTG 8 is running we are posting a series of blog articles about new features!Monitoring Linux systems was already possible in earlier versions of PRTG (an “SNMP daemon”, like net-snmp had to be installed on the machines). In version 8, PRTG now monitors Linux systems using dedicated sensors supporting Linux/Unix and also Mac OS X without the need to install or change anything on the target machines. 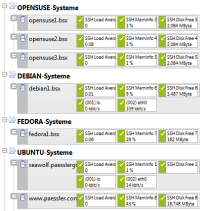 Using the technologies SSH or WBEM, PRTG requests information about CPU load, memory status or hard disks directly from the systems. When SSH is used, the data is sent via a secure connection, ensuring you do not compromise the security of your systems while transferring monitoring data via the network.

We are testing these new sensors to support as many popular Unix operating systems as possible. Although we call them “Linux sensors” in short, the SSH sensors also support Mac OS X, so you can now easily integrate Macintosh monitoring into PRTG. Note: Other Unix/Linux-like operating systems may be added soon, too. 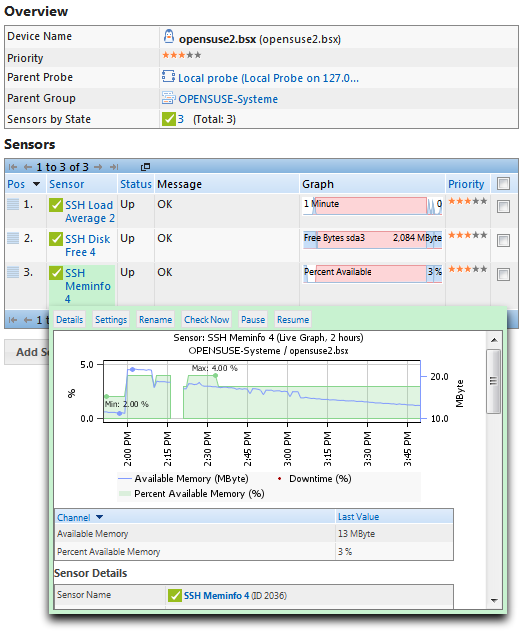 Why not go and see for yourself? Download the latest Beta version today and have a look! All information can be found on the PRTG 8 Beta web page.