After our last release in August with 5 brand new sensor types, PRTG version 20.3.62 again brings a lot of new features. Besides improvements in the context menu and a new notification method, we are happy to present no less than six new sensor types! These are as follows:

With the new Cloud HTTP v2 sensor and the Cloud Ping v2 sensor you can track and monitor web server load times or ping times from the cloud. The sensors offer the possibility to individually define from which locations (AWS regions) you want to perform your requests. As locations, you can choose several AWS regions. 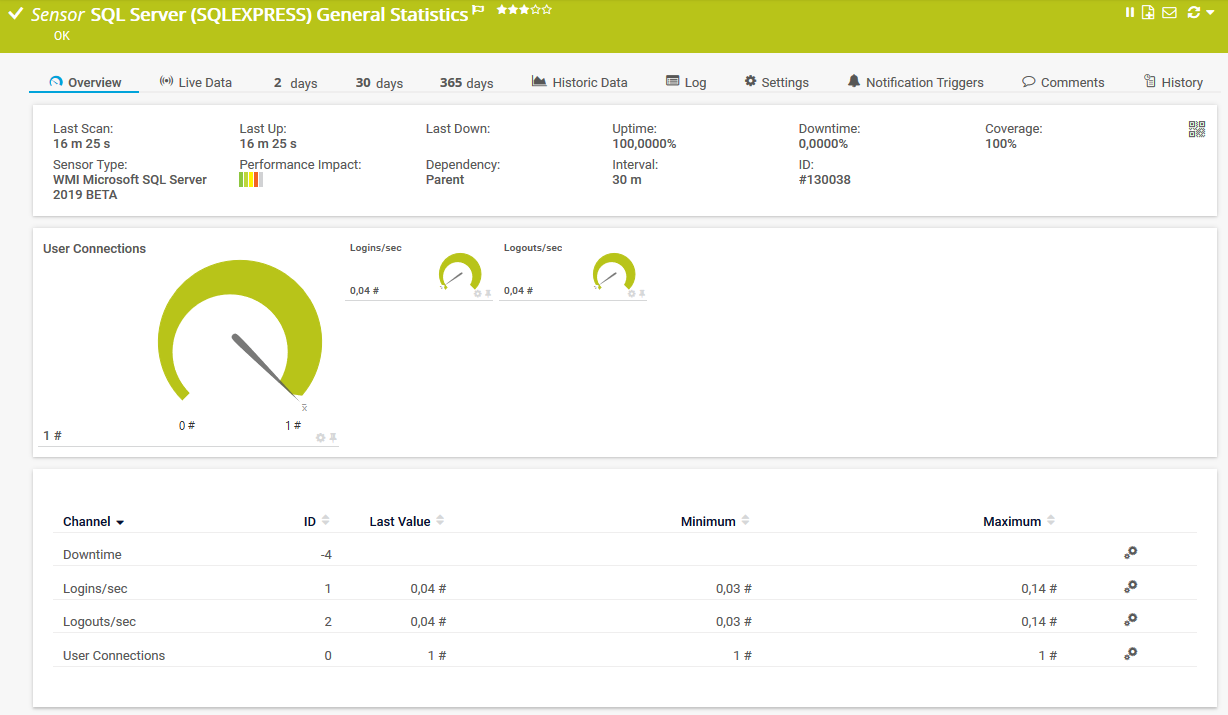 You can now connect PRTG to your MQTT broker and send (publish) messages with placeholders about alerts for a custom topic. Your MQTT infrastructure can then further process the messages. Together with the three MQTT sensor types that we already released in previous versions, PRTG will help you to more easily operate your MQTT infrastructure, day by day.

This version also includes something for friends of context-aware context menus. More exactly, permission-aware context menus. They now better reflect the actual access rights of a PRTG user account. Users with restricted permissions to an object (for example, users with read access to the object) can only click the menu items if they are allowed to perform the corresponding action, for example. The more user accounts with specific access rights that are logged onto one PRTG instance, the more sense it makes to appropriately visualize what they can actually do.

The picture below shows the difference between read-only rights and admin rights.

Plus some more changes and fixes

Aside from that, we also fixed 21 bugs, implemented 24 feature and story tickets, and finished 32 tasks and to-dos with PRTG release 20.3.62. Find all the details on our release notes page.

Our public roadmap is also very active! In the "Planned" column you will find the entry "Veeam Backup sensors." Also a lot of sensors have moved to the "Working" column:

Find all the details on our PRTG public roadmap page. There you can read at any time about which features we are currently working on and what kind of things we want to implement in PRTG in the future.

Your PRTG maintenance is over?

Is your PRTG installation out of maintenance and you can’t install the latest release? We can fix that! Just switch to your PRTG Welcome screen and hit the “Get Maintenance” button. If you prefer personal contact, send an email to sales@paessler.com and our fabulous Customer Service Team will be there for you.