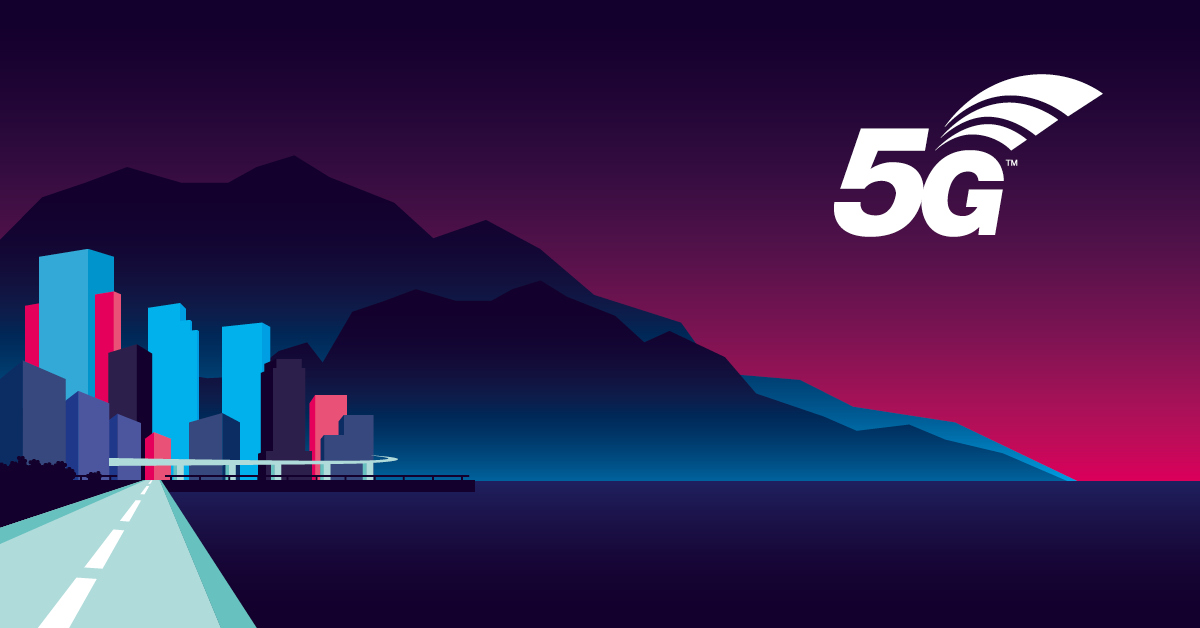 What's Going On With 5G?

After taking a look at the status of Wi-Fi 6, we turn our attention in this blog post to the other technology that will have a massive impact on our connected digital world in the next decade: 5G. It's something we have been hearing about for a few years now, and you'll certainly have noticed the frequency (pun very much intended) of 5G mentions increasing. But how far along is it? How long before it starts making an impact?

5G brings drastic improvements over anything that has come before it. I won’t go into what it is (there’s enough information out there for those who want to know the technical details), so here's the Wikipedia overview:

All the 5G wireless devices in a cell communicate by radio waves with a local antenna array and low power automated transceiver (transmitter and receiver) in the cell, over frequency channels assigned by the transceiver from a common pool of frequencies, which are reused in geographically separated cells. The local antennas are connected with the telephone network and the Internet by a high bandwidth optical fiber or wireless backhaul connection.

The improved speed, capacity and latency of connections will have far-reaching applications for the Industrial Internet of Things (IIoT), autonomous vehicles, healthcare, agriculture…in fact, the list is endless. There probably isn’t an industry that won’t benefit from the kind of connectivity 5G will enable.

And it’s just starting to blow up. Although Verizon has provided 5G in the US for a few weeks already, early adopters were initially unimpressed. But since the Samsung Galaxy S10 5G is now out in the wild, some users are reporting GIGABIT download speeds! And Tweets like this one are starting to pop up:

This is 5G on the brand new Samsung Galaxy S10 5G in front of my hotel. It's crazy the difference a month makes. #FirstToRealTime pic.twitter.com/Syxc7HGrqn

Similar to Wi-Fi 6, 5G has not had an easy path to implementation (and in fact, still faces hurdles). Perhaps looming the most large at time of writing is USA—and subsequently other countries like Australia, Japan and India—opting not to use infrastructure hardware from Chinese company Huawei due to security concerns. This causes problems, and will probably slow the global rollout of 5G, since the Huawei infrastructure is generally considered to be superior and cheaper than that from other providers like Ericsson or Nokia.

Another problem is the question of health issues that 5G might cause. While there doesn’t yet seem to be any evidence that 5G radiation is dangerous, there have been enough questions raised about it to slow down the rollout in some countries. For instance: Belgium recently put a temporary stop to 5G rollouts because the antennas do not meet radiation protection guidelines.

And other problems keep popping up, too. The US Navy has indicated that 5G operating in the 24GHz band could interfere with remote sensing being used for measuring water vapor. This data is vital for weather forecasts.

The Race to Be the First

As with all the “Next Big Thing” tech hypes, there is a strong desire to be first-to-market. In the tech world, this race is usually between the manufacturers. In the case of 5G, it’s between countries. So who was first? Well, the answer to this question depends on who you’re asking. If you ask South Korea, they will proudly declare that they launched the very first 5G network in April 2019. Meanwhile, USA claims that Verizon was the first when it launched its 5G network later on the same day (after suggesting that South Korea ran a limited launch to only a handful of people).

Regardless of who was first, there are now multiple active 5G networks in the world. For a complete picture of where these are, and what the future plans for each country are, take a look at this article on Lifewire: 5G Availability Around the World

But When Can We Use It?

Again, the situation is very similar to the Wi-Fi 6 story: even with the network infrastructure in place, we still need end-points that can make use of the technology. Apple has indicated that they are not rushing into 5G and their chips will only support it in 2020. Samsung does have a 5G model, but it costs $1.400. Not many other manufacturers support 5G yet.

Meanwhile, in some cases, the problem is actually inverted in that the end-points might arrive before the infrastructure is ready. Take Germany, for instance, where a 5G model of the Samsung Galaxy 10 phone is planned for June 2019, but the major networks are still bidding for frequencies from the Federal Network Agency.

And even in the Verizon examples above, where users are already seeing unthinkable Internet speeds, the quality of the connection varies from location to location and isn’t consistent at those breakneck levels.

We’re still very much in the “build-up” phase, with 2020 likely to be the time that more networks go live and more 5G devices arrive on the market. However, by the middle of the next decade, we will probably be completely used to downloading an entire UHD movie within a matter of minutes.