Blog Home > Autism: How to Monitor the 3 Biggest Stress Factors 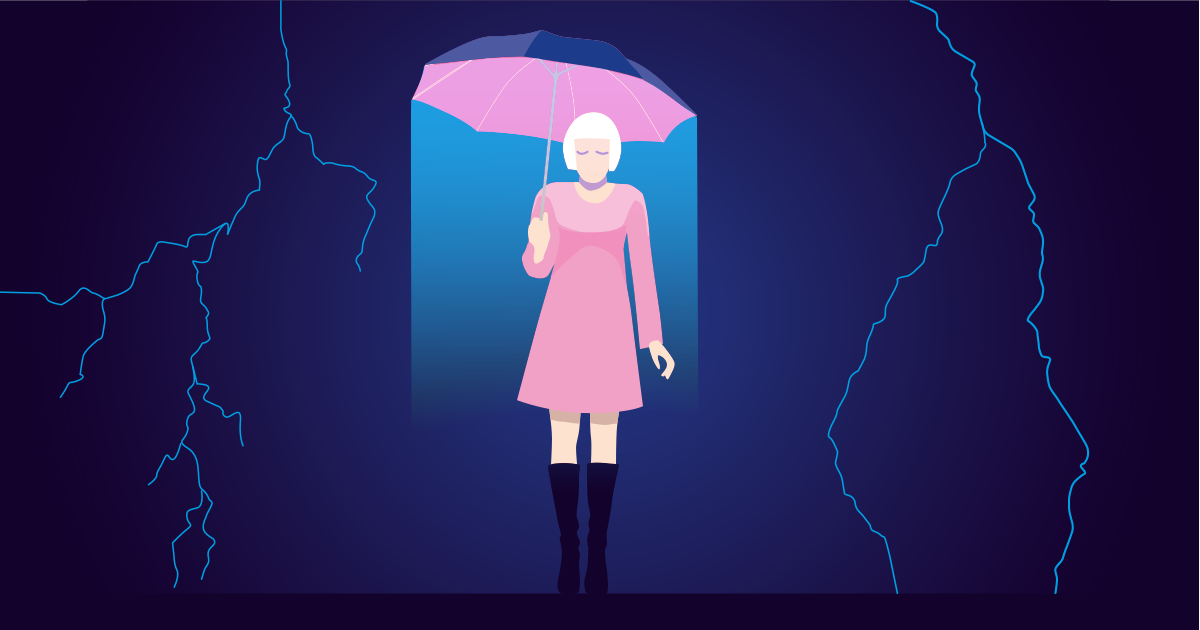 Autism: How to Monitor the 3 Biggest Stress Factors

For people with ASD, including Asperger's syndrome and other mild forms of Autism, environmental influences can be a major problem. This is because a high sensitivity to environmental influences is present in most forms of autism. This sensitivity can seriously impair concentration, even if, as is the case with Asperger's, those affected show above-average intelligence.

iASD The causes of Autism Spectrum Disorder have not yet been fully clarified. Several factors certainly play a role in its development. Genetic influences and biological processes before, during and after birth can impair the development of the brain and lead to ASD. It does not result from educational errors, family conflicts, or vaccinations.

Even worse than the impaired concentration are states of anxiety, panic and obsessive-compulsive disorder, which result from the environmental influences that are perceived as disturbing. It is therefore obvious to consider mechanisms and ways in which those affected can avoid negative stimuli without having to forego a substantial part of their everyday life at the same time. Because, as we have already shown in a previous article on this topic: With their special interests and extraordinary talents, people with ASD give a lot to society. Seclusion, avoiding everyday problems in school, work and private life, is therefore not a solution.

1. A Ticking Clock Can Feel like an Aircraft Take-Off

Have you ever had someone tell you that they have to turn down the radio when parking in order to see better? While there may be a little truth in this, the rest is a joke. Coming from someone with ASD, the same statement wouldn't be a joke at all.

When it is very noisy in a room, autistic people often stumble over objects that are in their way and that they obviously do not perceive due to the noise. Their movements become clumsier and slower because they perceive the room differently and pay less attention to details than they otherwise would have done. The ability to see and grasp an image is made possible by individual details that are joined together to form a whole. It seems as if an overload of acoustic stimuli prevents a detailed, visual perception of an image or space. Distances blur and make orientation difficult. It's like people with ASD can't locate objects or people as soon as it's loud. This noise sensitivity can even lead to misophonia, i.e. "hatred of sounds", which in turn can trigger physical reactions such as nausea, migraines or severe anxiety.

Here are some practical examples of dB values: an aircraft take-off exceeds the so-called pain threshold of 120 dB and above. At these values, our ears can be seriously damaged. A concert has a value between 100 and 115 dB, a chainsaw 95 dB, a vacuum cleaner 75, a TV 60 and birdsong about 40 dB. Because ASD very often depends on the individual, subjective perception of noise, even whispering with approx. 30 dBA, can be perceived as disturbing by people with ASD and a ticking clock can feel like an aircraft take-off. This depends on many factors, but all of them have certain patterns. Which noise with which value at what times and in which places are perceived as disturbing can often only be found out by exclusion and trial and error, but appropriate monitoring of these factors can be worthwhile.

Handy, small noise meters can be found on the Internet at low prices and, in the form of a visualized dashboard, you can read the data, add notes and recognize patterns. We at Paessler have already publicly implemented this with our PRTG Network Monitor at The National Museum of Computing in the famous Bletchley Park. Using the device that we designed, the sound pressure is recorded via the microphone, converted, and shown on the mini display in real time. The level display is visualized in color via LED segments. The data is transmitted in real time via the MQTT protocol to the MQTT broker and then monitored by PRTG. Here you can read how PRTG, including instruments that measure various environmental factors, now enables children with ASD to visit the museum in a more relaxed setting.

2. Lights, Smells, Surfaces: Everything with the Potential for Disaster

The above-mentioned considerations largely coincide with the influence of light (bright or otherwise perceived as disturbing), aggravating the fact that light as well as noise can often not be avoided. The degree and type of sensory characteristics vary from person to person. Perception can be more intensive than normal (hypersensitivity). This peculiarity in cognitive processing often leads to sensory difficulties. In addition, bright light is often accompanied by strong smells or surfaces that are perceived as unpleasant (some autistic people are very afraid of glass, others of different carpet surfaces).

Here are the most important terms regarding light: lumen (lm) is the unit for the "light output" of a lamp. So practically the summary of all light that the lamp emits on all sides. An incandescent lamp of 40 watts emits about 400 lumens to all sides. But a light source does not emit light uniformly in all directions. Candela (cd) is the unit that describes the luminous flux emitted by a light source in a certain direction. Illuminance is measured in lux (lx). It describes how much light from the light source arrives at a certain area. In contrast to lumen and candela, lux is a receiver size - that is, how much light arrives at a certain point is measured. This takes into account how far the surface is from the light source and at what angle.

Especially the lux value can be measured, recorded and monitored. Because natural senses are not always capable of determining whether a room is "too bright" and at what value a person's tolerance lies. And since the Computer Museum in Bletchley Park is a place where different lamps are installed as well as additional light sources on the exhibits or in the gaming room with numerous gaming consoles, we have installed a light meter in our measuring device. Here we have opted for our "HTTP Push Data Advanced Sensor" and push the measured values (mainly luminous intensity in lux, but also temperature, humidity, as well as the WiFi signal strength) directly to PRTG.

3. People Can Be Annoying

Not only the cynical or social skeptics know that fellow humans are sometimes an imposition. How much more strongly do crowds of people of different characters and irritating habits affect those who find it difficult to recognize facial expressions and gestures, irony or sarcasm, intentions or interpersonal relationships? In short: an overcrowded train can be a nightmare! It is important to mention here that autistic people naturally do not reject interpersonal relationships in general, quite the contrary. They have a strong sense of friendship and altruism. However, they need to know what to expect and unpredictable social situations with people they don't know (or can't assess) are a bad mix.

How relaxed and much more pleasant would the world be if people with ASD (or agoraphobia or simply a general aversion to annoying fellow humans) could simply know when a certain place is teeming with people and when it is less frequented.

This is nearly already possible. For example, Google Maps offers the option of discovering how crowded a restaurant is, which allows you to choose the less busy times. There's an app that tells you how full or empty your favorite bar is. And of course, regarding CCTV, it is a long-standing discussion whether camera footage should be made publicly available in real time. This is based on a question of public law as to whether such recordings may be allowed to an authority alone without public participation. But it would be a useful side effect to be able to see at any time, at least for larger city centres, how many people are currently on the move.

iUK Museum of Computing Building an easy-to-read environmental meter for the ASD target group is just one part of the sponsorship we have with the The National Museum of Computing in Bletchley Park. We are proud to be able to sponsor the so-called "Relaxed Openings", which offer children with ASD more relaxed visits to the museum because the know it will be less crowded. We also use PRTG to monitor some of the museum's best-known exhibits, including the world-famous Colossus, known for cryptanalysis of the Lorenz cipher.

What do you think about environmental monitoring in the context of ASD? We would be happy to discuss with you.