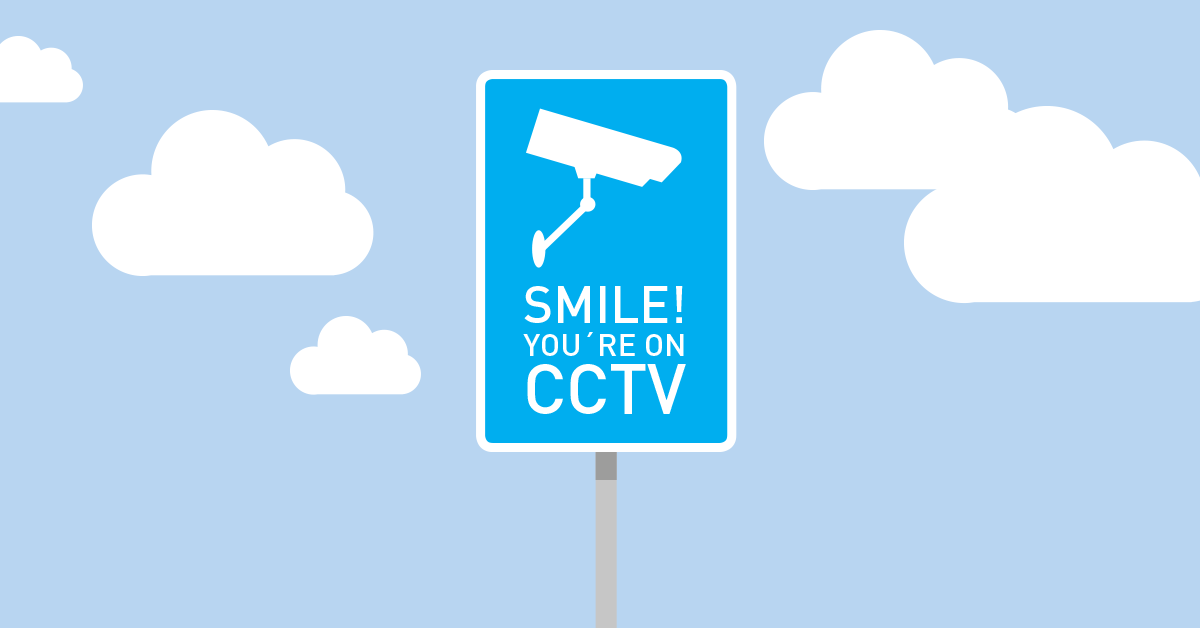 4 thoughts on CCTV (and the future of urban life)

In “1984” Orwell described a total surveillance, mainly with the help of "two-way telescreens", from which nobody can escape. The telescreen is both transmitter and receiver, which monitors the citizens of Oceania, particularly the Outer Party members, in every house, in public places, and at work. The smallest sign of rebellion, even a facial expression, can result in immediate arrest and imprisonment. Nobody knows whether they are being watched or not, and one can only speculate about how often the Thought Police intervenes in the private sphere. Sounds pretty creepy, right?

Many people think about "1984" and get totally paranoid when it comes to CCTV. But this reaction is a little unfounded, and everyone who is a bit familiar with CCTV knows that.

1. CCTV and the Technology behind it

Let's start by clarifying the terms and the technology behind it a little.

CCTV stands for Closed Circuit Television, and "Closed Circuit" indicates that the images from CCTV cameras are transmitted to a limited number of receivers. By referring to the "closed line", CCTV broadcasts are distinguished from public television, whose images can be viewed by a vast audience. By the way, state television in the People's Republic of China is ironically (see below) abbreviated to CCTV.

In modern systems, digital cameras that are connected to a computer via a TCP/IP network (IP cameras) are normally used. Special video surveillance software can be added for other functions such as motion detection, face tracking and data storage. Most surveillance cameras are equipped with either a CMOS or a CCD sensor, each of which depends on light for image generation. Although there are no noticeable differences in video recording with these different sensors nowadays, CCD sensors are predominantly installed in analog cameras, since they have a PAL resolution. The CMOS sensors are mainly found in HD cameras. Special infrared cameras are required to take pictures in the dark.

2. Where Is CCTV Being Used?

CCTV is not really a new topic, but the technologies behind it, mainly facial recognition and the detection and analysis of movement patterns, are. The first television surveillance system was installed by Siemens in 1942 on the test stand VII in Peenemünde to monitor the launch of the A4 rockets. Professional surveillance systems have been used in modern large cities since the 1970s. And since the turn of the millennium, use and application possibilities have expanded exponentially.

The applications of modern CCTV systems can roughly be divided into two areas, namely the public monitoring and the monitoring of certain industrial plants.

In space technology, for example, television surveillance of rocket launches with subsequent recording helps to check the rocket's flight and, in the event of a failure, facilitates the clarification of its causes. Cameras are used on the ground as well as for larger missiles on board. In addition, the interior of nuclear reactors, for example, can be monitored with the aid of television monitoring systems, since conventional viewing windows are difficult or impossible to realize for reasons of radiation protection and strength. Processes in reprocessing plants are therefore often monitored with television technology. In the chemical industry, too, the process of chemical reactions in containers is often observed with the aid of television monitoring systems.

The area of public surveillance is probably the most common CCTV case, because everyone of us might be involved in this on a daily basis. When you close the door of your apartment and step outside, it is possible (and increasingly likely) in a modern city to walk into a digital surveillance network and become part of something that is stored and analyzed centrally. So as soon as you leave the house, you're public.

If you want to know how the digital surveillance network functions, take a look at the EU research project INDECT. Within the framework of INDECT, an attempt was made to detect "abnormal behaviour" preventively by automated evaluation of images from a large number of cameras. The data was linked in real time with other, publicly accessible data from the Internet (such as from social networks). Suspects could then be tracked by fully automated flying camera drones. The project has caused massive criticism from various sides, because somehow the whole performance was odd.

In addition to conventional filming and photography, the police use mobile surveillance cameras to monitor and personally identify participants in demonstrations and to document violations of demonstration requirements and laws. Furthermore, an increasing number of state institutions are using video surveillance systems to protect their buildings and premises from attacks such as burglary, theft, vandalism and sabotage or to be able to intervene quickly in the event of possible infringements or to identify the perpetrators retrospectively.

... the friendly, idyllic Sweden. No, I'm just kidding. It's China.

Obviously, when we talk about state control in the 21st century, the People's Republic always comes up first, but that should not lead to the wrong conclusions. We do not know exactly for what purposes the CCTV technology is being used and whether the one-party system is not the direct beneficiary of this development. Optically speaking, however, China is currently doing real pioneering work not only in the area of CCTV, but also in Environmental Monitoring and the vision of a Smart City.

There is an interesting  test project with sunglasses, through which police officers get almost superhuman recognition skills. The glasses were developed by LLVision Technology in cooperation with the police. A camera is attached to the glasses, with which the officers capture people in their surroundings. The system is based on portable video cameras from the Beijing company, which are already on the market, but without the face recognition capability. To ensure fast detection, the system is offline, yet connected to a portable device that stores a database of faces. Just like that, the glasses can detect a person in a database of 10,000 faces in 100 milliseconds.

But hey, if you are a country with nearly 1.4 billion inhabitants and your cities have become a worldwide synonym for smog, then it makes sense to know how many inhabitants take the bus in the morning and how many prefer their own car. Moreover, if you are a pioneer in the field of electric mobility, which China is, it makes sense to know where a lot of people are at a certain time, what buses they take, how many kilometers they travel, and all this is actually possible with CCTV. China aims to create a comprehensive Environmental Monitoring system by 2030 in its efforts to boost citizens’ health and raise life expectancy - and CCTV will help. Of course, not every message from China is good. The planned score account often referred to in relation to CCTV, which is supposed to analyze people and help to distinguish good from bad citizens (if you light a cigarette in public space, you already know in which category you fall into), is one of them. But the objective development of CCTV is not part of an Orwell fantasy, and that brings us to the last point.

Clearly, CCTV, like almost any other digital technology, can be used against its original purpose. However, it is still important to note that CCTV has not been designed to spy on people in their privacy nor is it actually capable of doing so. Rather, it is about understanding urban life in the 21st century and, if necessary, shaping it in such a way that it is worth living for all. You can see this in China. In the crowded metropolises of the People's Republic, traffic chaos and environmental scenarios are so serious that the introduction of CCTV and environmental monitoring projects has a very broad, public basis.

CCTV does not exceed the barriers to one's own four walls or other rooms where privacy has a protective function (such as the workplace or the doctor's practice). That is why CCTV is not equivalent to future scenarios like in 1984. CCTV, as has been shown, is anything but new. However, the concrete use cases in the focus of safety aspects, environmental monitoring and smart city planning are. And to put it in the words of Elon Musk: It may be advisable to throw a spotlight on new technology trends - as long as it is not a laser.

In addition, most people should make themselves familiar with the devices that are already in their own homes before they experience panic attacks about CCTV in public places. We all know that every laptop camera, every smartphone, every IoT device, such as Amazon Echo, is a potential gateway for third parties. In order to prevent a futuristic surveillance state, these urgent problems should be solved and there must be higher investments in IoT security, before the security discussion is extended to electronic devices in subways and public areas. Otherwise, it's like pondering the dangers of greasy food while gulping up your Double Whopper with relish. Including curly fries. And a Coke.