Since 2009 we have been conducting WMI performance tests to help us understand why some customers run into more WMI overload situations in their networks than other customers. In the past we always found that Windows Vista and Windows 2008 R1 are no good choices for WMI. What about Windows 8 and 2012?

Now that Windows 2012 and Windows 8 will be arriving this fall we have re-run our WMI tests on a huge selection of operating systems—acting both as clients and monitoring stations:

Based on our tests, we can update our recommendations as follows: 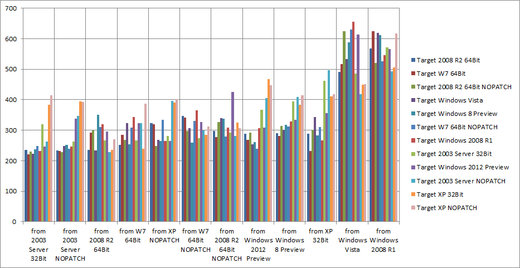