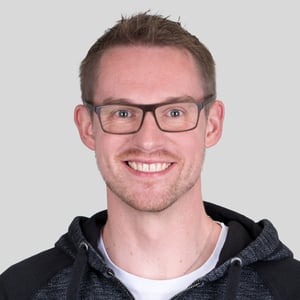 In the beginning of February, the announcement that scientists had discovered gravitational waves astonished not only the science community, but baffled people all over the world. The discovery of what Einstein had predicted in his general theory of relativity, 100 years ago, will help scientists to actually see the big bang-and find out what happened during this initial single event. 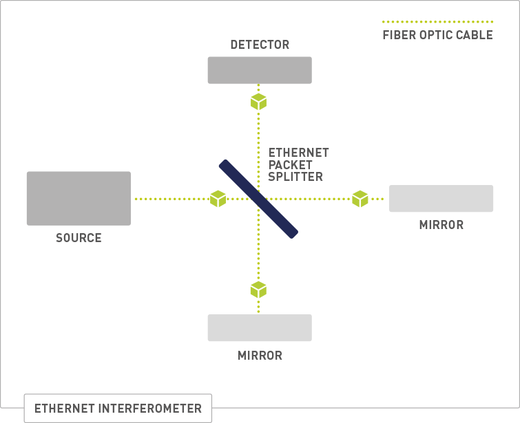 As the technology used in this discovery is now known to the public, we thought: Why not create our own LIGO (Laser Interferometer Gravitational-Wave Observatory) and implement it into PRTG Network Monitor? Of course, we had to create a concept that doesn't rely on huge physical structures acting as interferometers, like with the original LIGO, but re-use already existing network components: Fiber-Optic cables and some compact mirrors. The homemade LIGO network will send Ethernet packets at the same time without jabber control causing the packets to collide and the Gravitational Wave Sensor monitors the collisions of Ethernet packets flowing through a special L-shaped set of cables, acting as a low-key interferometer. If the Ethernet packets don't collide, it shows us that space time has warped to allow them to pass each other. Here is an overview of all the available values in detail:

Please note that the Gravitational Wave Sensor is currently in beta status and due to the fact that the only way for this sensor to make any measurements requires the collision of two massive black holes, you might experience a slight offset in the perceived time around you and your Mini-LIGO caused by ripples in space-time. But don't worry, you shouldn't gain or lose more than a few seconds per day and should be alerted by PRTG either before or after the event depending on where your email server is in relation to the space-time anomaly.