Our ideas of privacy and freedom have changed with the Internet. In earlier times, thoughts of freedom were enshrined in constitutions to protect us against tyrants and menaces. In our digital lives, there are complex threats and the laws that have been written to protect us belong to times no longer linked to our realities. The protection of your digital rights is an individual, personal undertaking. This is part 2/2. Find part 1 here, which covers achieving 30% and 60% anonymity.

3 remarks on this article:

Now things are getting a lot more serious.

PGP stands for Pretty Good Privacy, is used for the encryption of email communication and ensures the integrity of emails with signatures. If you use ProtonMail (see part 1/2), you automatically communicate PGP-encrypted to another ProtonMail address, and you can view your PGP keys in the settings. Of course, it is also easily possible to encrypt messages from other email providers with PGP. There are several freeware options available for Windows, macOS, Linux, and Android.

A few notes for PGP beginners:

Here's an appealing YouTube video to illustrate the basics of PGP once again.

To use PGP you need software based on OpenPGP or GnuPG.

"PGP", "OpenPGP" and "GnuPG" (often simply called "GPG") sound similar and are often used interchangeably, even if this is wrong. PGP is probably the most commonly used term. From this software, the open standard OpenPGP for the confidential and integrity-secured transmission of data was derived. An important, well-known implementation is the open source project GnuPG (Gnu Privacy Guard). GnuPG also supports the use of smart cards and OpenPGP keys for SSH. All this goes back to the early developments by Phil Zimmermann in 1991. His very first version of PGP included an encryption algorithm called BassOmatic.

It makes sense to accept standard software suggestions when generating keys, so that problems when sending encrypted e-mails are avoided as far as possible.

i⚡☠️ Efail: Why encrypted emails are at risk Unfortunately, in connection with the security gaps in encrypted emails named Efail, a lot of misleading information can be found. The bad news: This is not only a problem in email clients, but rather a systematic problem. It has now become clear that GnuPG is much more affected than OpenPGP, because the latter provides various ways to avoid attacks. The good news: unlike S/MIME, the OpenPGP standard includes procedures to prevent message manipulation - the so-called Modification Detection Code (MDC). This method is rather unusual from a cryptographic point of view, but at least so far there are not any known security gaps in MDC itself.

Cloud storage services like Dropbox, which are designed to let you share files with others very conveniently, are "very hostile to privacy". Fortunately, there are workarounds.

OnionShare is a comparably easy-to-use but very secure alternative. With OnionShare you can anonymously share files of any size; it's available for MacOS, Windows, Ubuntu and Fedora.

For the use of the software, the application starts a server with an onion service and associated address on the user's computer. Third parties can then access this address via the Tor browser and upload or download files.

The random long address generated by OnionShare uses version 3 of the Onion addresses. One option also allows the older, shorter v2 addresses to be used. Firewalls and NAT do not play a role in this case because the service connects to the Tor network. That the onion addresses use HTTP is also acceptable, since Tor services are end-to-end encrypted anyway. Since the local computer hosts the files, the upload and download speed depends on the local network. If the local laptop is closed or sharing is aborted, the file exchange is also stopped directly. However, this also happens automatically as soon as someone has downloaded the file. If you want to share it with a group, you have to select this explicitly.

If for some reason you don't like OnionShare, there are alternatives.

Let's get to a part that is really fun: the creation of a new digital identity. Above 90% anonymity you are beyond using your real name. And if you don't want to do without various platforms that require registration with a name, you can't get to this level. Either you get creative yourself or you use a tool like the Fake Name Generator.

Some platforms don't like it if you register with a fake name and may even block you. So don't be offended if Mark won't let you join his club; it's for your own good.

You also might want to use your new identity consistently. The more often you log in somewhere with your invented data, the stronger and more believable this identity will become. Don't break character and die with the lie.

The last 10% is hard to achieve. If you push this whole "being a ghost" thing so far, you probably have a reason for it. And that doesn't have to involve something illegal - in our understanding of the word. If I were a whistleblower or a political dissident, this is the way I would do it.

Edward Snowden and Glenn Greenwald have given Tails a relative prominence.

Additionally, here's a great YouTube tutorial for installing tails (on a USB stick).

If you are enthusiastic about the anonymity of Tails, but don't want to miss the relative comfort of a "normal" OS, I can strongly recommend Qubes OS. It takes an approach called "security by compartmentalization", which allows you to compartmentalize the parts of your digital life into isolated elements called "qubes". 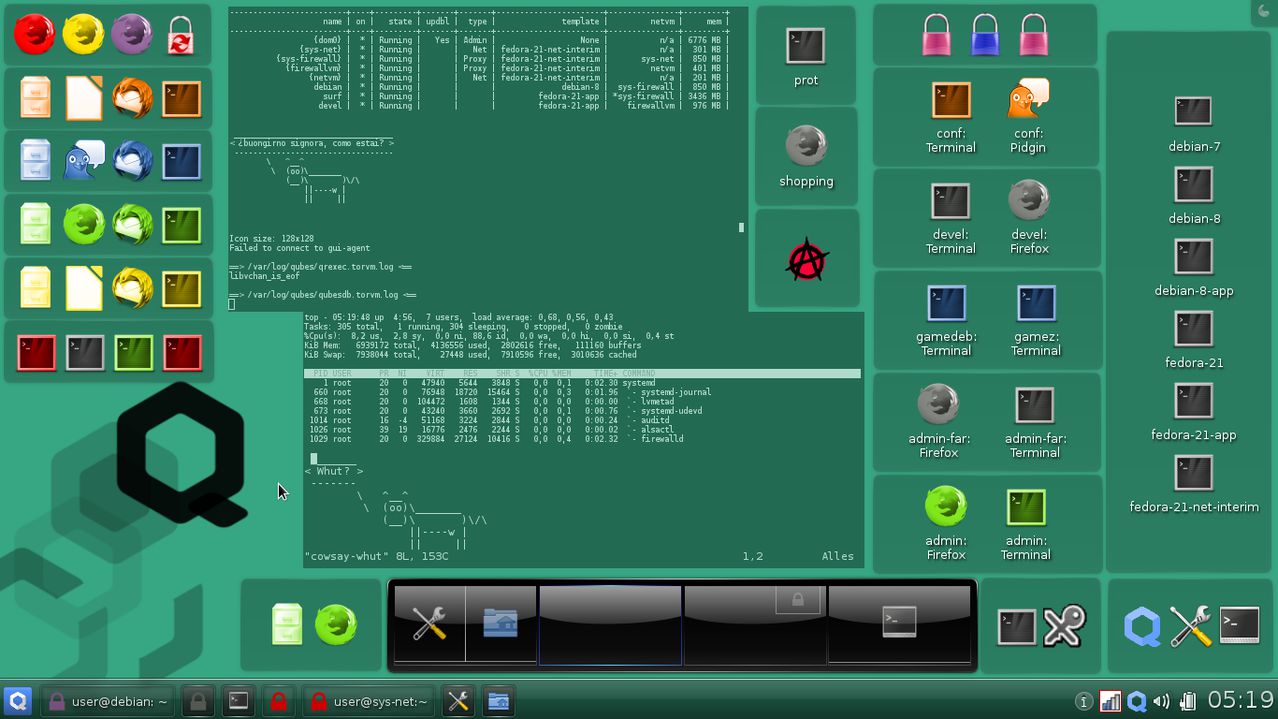 If you're serious about security, @QubesOS is the best OS available today. It's what I use, and free. Nobody does VM isolation better. https://t.co/FyX5NX47cS

Your hardware can be traced back to you. If you bought it online and/or with your credit card, you could theoretically integrate as many security mechanisms into your digital life as you like: the clear reference to your actual identity is always immanent. The only way out would be to purchase all technical devices that communicate over the Internet in cash or using a cryptocurrency. These are rather high-level considerations; nevertheless, it's doable.

😈 The Devil Lies in the Detail

Ultimately, you need to perform the steps mentioned above without any exceptions.

In the end, a hopefully indisputable remark: companies and organizations of all sizes should have an equally strong interest in protecting the privacy of their (potential) customers. This concerns the active collection of information and the management of data entrusted to the enterprise in question. Gartner writes about Digital Ethics and Privacy (as one of the Top 10 Strategic Technology Trends for 2019):

Privacy risks matter to businesses because the individuals whose privacy they guard are their employees, customers, patients, consumers (...). If individuals discover that an organization has violated their personal privacy, it will affect how they view and relate to that organization. For example, individuals may become less loyal to their employer (...) or less likely to trust their healthcare provider or government.

Any thoughts, wishes or suggestions? Feel free to use particularly extravagant fake names for commenting!