Environmental Monitoring – Why We Finally Have to Face Particulate Matter Honestly 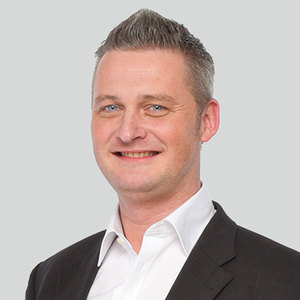 The Myth of Particulate Matter. There is hardly any environmental discussion that has not dealt with the topics of particulate matter, nitrogen oxides or (diesel) exhaust gases in the last few months. However, you have probably already noticed that some terms are often not used based on their actual scientific definition. Instead, technical terms are mixed up in discourse/conversation and research results are simplified to one's own advantage. In addition, lobbyism is commonplace, freely following the motto, "The only statistics you can trust are those you falsified yourself".

Today I want to shed light on definitions of terms and contexts, illustrate the subject of fine dust from different perspectives and create understanding as to why we on our planet have no other way out than to finally deal sincerely with particulate matter.

Starting with a few definitions of terms and looking at the topic of particulate matter from different perspectives, I will show you how it is measured in practice, and where it is actually measured right now.

iAwaiting you in this article:

Before we delve deeply into the subject, I would first like to bring us all down to a common conceptual denominator. What is particulate matter, what kinds are there, and how do they differ?

A basic distinction is made between PM10, PM2.5 and so-called ultra-fine dust.

Particles up to 10 μm enter our bronchial system through the nasal cavity. The even smaller PM2.5 particles make it all the way into our bronchioles and pulmonary alveoli. Ultra-fine dust can enter our bloodstream via the lungs and thus reach all organs.

Guess what the biggest fine particulate matter emitter is in road traffic. A little hint: It is not diesel exhaust fumes!

Back to the particulate matter sources in traffic. According to LUBW measurements, no less than 85% of traffic-related particulate matter is generated by tire, brake and road wear and by dust swirling on road surfaces. (see Environmental Data 2018 Baden-Wuerttemberg)

The remaining 15% come from the exhaust pipes of passing cars and trucks. These are PM10 particulate matter.

In Germany, fine particulate limit values of a maximum of 50 micrograms per cubic meter of air exist in cities. This average value may be exceeded on a maximum of 35 days a year, after which driving bans are imposed on certain vehicle categories.

Conclusion: Based on these measured values, it doesn't help much to exchange the diesel engine for an electric car.

In agriculture, the gaseous nitrogen compound ammonia (NH3) is the main cause of particulate matter. Ammonia is produced during the processing of liquid manure and fertilizer and is a so-called precursor gas.

Ammonia reacts in the atmosphere with other gases to form particles with health effects and is thus a so-called secondary fine particulate matter of category PM2.5.

In Germany, agriculture accounts for 95% of ammonia emissions. The limit values set are exceeded by an average of 20%.

A small excursus on the subject of "global warming" vs. "fine dust pollution": Forget the metaphor of the farting cow when it comes to particulate matter. During the digestive process a cow emits methane among other substances. Methane, or CH4, is a so-called greenhouse gas, and oxidizes in the atmosphere to carbon monoxide and finally to carbon dioxide. Due to its high global warming potential, it contributes significantly to global warming. However, it has nothing to do with fine dust pollution.

In this context, I deliberately do not wish to give an assessment of existing studies. In fact, epidemiological studies showed that fine dust pollution is a mortality factor involved in approximately 8.8 million premature deaths worldwide per year (approximately 790,000 people in Europe, approximately 120,000 people in Germany). (Source)

By the way, depending on the parameters specified to define the mortality rate, the interpretation of the underlying measured values can vary a lot.

Air pollution doesn't shorten everyone's lives. This means that an overall decrease in average life expectancy is an average value. The particulate matter pollution will only affect the mortality rate of those who are exposed to the substances in their daily lives.

A life on a mountain hut is therefore preferable to a life in a big city in terms of particulate matter pollution. 😉

Particulate Matter at the Workplace

Before we take a closer look at how fine dust is measured in the air, I'll tell you a few things about fine dust at your workplace. 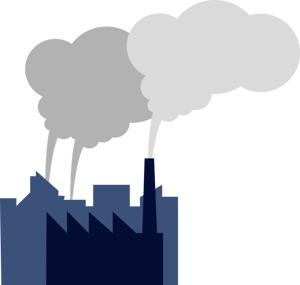 In the workplace, a distinction is made between the typical office building and production facilities. Think of the dust pollution in a carpenter's workshop or of companies in which grinding machines are installed.

In the office, a particulate matter limit value of a maximum of 60 micrograms per cubic meter of air applies in Germany. Remember that the limit outside is 50 micrograms. 😉

Carpenters, grinders and production workers should now make sure that they are in their seats and only then read on. The fine dust limit in production plants is no less than 10 milligrams. Yes, 1 milligram is 1,000 micrograms. So we are talking about 200 times the outdoor air limit!

Even modern filter systems in production plants have only a filter capacity of approx. 2 milligrams of fine dust per cubic meter of air. This is still 40 times the outdoor air limit.

How Is Fine Dust Measured?

You actually made it this far?

Now that you know the theory and have briefly learned the most important terms and measurements relating to fine dust, I will show you how it is measured in practice.

You will see that the current methods for measuring particulate matter offer room for improvement.

In practice, various types of sensors are available for measuring particulate matter. To obtain comprehensible measurement results, you must know that it makes a difference whether you want to measure particulate matter indoors or outdoors.

For outdoor measurements, humidity is a variable component that is not taken into account when indoor sensors are used. Such sensors can also be used outdoors, but only if the humidity is measured with an additional sensor that compensates for the measurement results.

Fine Dust Measurement in the Field

I currently use such combined measurements for various studies and visualize the data with PRTG Network Monitor. The screenshots show the collected data. Have a look and compare the raw data with the compensated data.

In Europe, this methodology is now being used on a large scale to measure particulate matter outdoors as part of a remarkable citizen science project. You'll also find incredibly detailed PM10 particulate matter data at luftdaten.info, which you can granulate down to sensor level.

Since the topic of air quality is of great worldwide interest (with the usual exceptions), sensor development in this area is progressing very fast. Meanwhile, the first sensors on the market, which are already delivered fully calibrated, can be used for both indoor and outdoor applications (without the humidity compensation), and cost only around 30 dollars.

Where Is Fine Dust Measured Outdoors?

Well, you now know what particulate matter is, who produces it, what it can cause, and how it is measured. The question remains as to exactly where fine dust is measured outside in the open air.

Basically, the measurement should be made at the location of the highest impact. Therefore, traffic-orientated stations should be a maximum of 10 meters from the edge of the road, but at least 25 meters from a busy intersection. You will certainly have noticed such stations when you were in the city.

Up to this point, the guideline sounds quite understandable, if not for a relativizing reference at the end. It deals with older measuring stations that were already installed before the current case law. Regarding the continuation of existing measurement series, a relocation of these stations would not be "expedient".

I regularly walk past a measuring station in the city park, which gives the city or the affected district excellent low particulate matter values. 😉

It is not enough to simply record particulate matter data. Although this provides actual values and series of data, it does not allow usable conclusions to be drawn from them. With their regulations and laws, government agencies manifest de facto standards and form the basis for comparable and usable measurements.

In addition, only a long-term collection of the data will enable meaningful and reliable conclusions to be drawn.

This is compounded by the fact that the population is becoming increasingly insecure as a result of omnipresent lobbyism and many subjective political and social debates. #FridayforFuture, the diesel crisis, and global warming: for all these issues a reliable, comparable, standardized data base is an absolutely necessary prerequisite!

Now that you've made it to the end, you really seem to be interested in environmental monitoring and particulate matter. Or maybe you would like to discuss the topic in a constructive way. Here's more reading material on our blog: