Blog Home > Why Fine Dust Pollution Is so Difficult to Measure. And Why It Must Be Done Anyway. #1 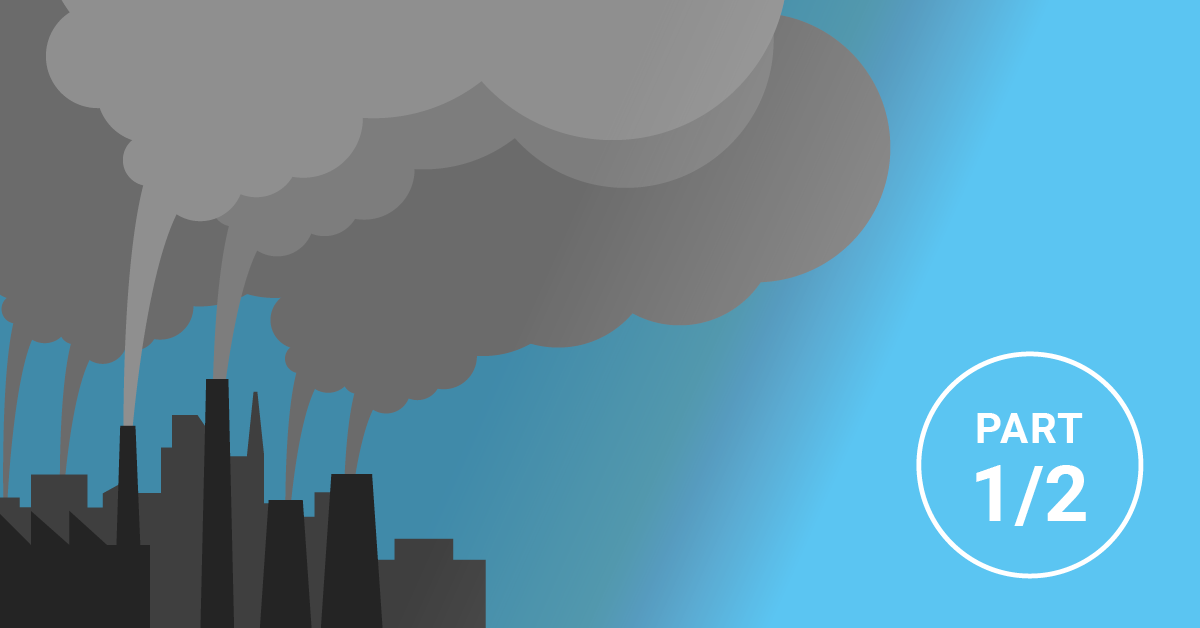 Why Fine Dust Pollution Is so Difficult to Measure. And Why It Must Be Done Anyway. #1

Fine dust is like passive smoking: no one’s comfortable with it, but the exact effects are arguable. New studies, however, show a very clear picture. In the coming weeks, we’ll be taking a closer look at the subject of fine dust. Part 2 of this article will be published next week, and more detailed commentary from our IoT expert Christian Zeh on this topic is coming soon.

What Is Fine Dust?

Fine dust, or particulate matter can either be of natural origin or produced by human activity (in this article, we’ll use both terms interchangeably). If dust particles arise directly from a combustion process, they’re called primary fine dusts. Secondary fine dusts are created by complex chemical reactions from gaseous substances in the atmosphere. Notable man-made sources of fine dust are: motor vehicles, waste incineration plants, stoves and heating systems in residential buildings, bulk materials handling, animal husbandry, and certain industrial processes. In urban areas, road traffic is an important source of particulate matter. Another vital source is agriculture - emissions of gaseous precursors from animal husbandry in particular contribute to secondary dust pollution.

The German government understood the risks of fine dust pollution relatively early. And in typical German fashion, threshold values were diligently defined and used for comprehensive measurement. Since the year 2000, national monitoring networks have been carrying out area-wide measurements of particulate matter of particle size PM10 and of particle size PM2.5 since 2008 (we’ll be posting Christian Zeh’s detailed commentary with exact definitions soon). The measuring network density is particularly high in metropolitan areas. The high number and density of emitters lead to increased fine dust concentrations in conurbations compared to surrounding areas. Particularly high concentrations of fine dust are registered at traffic-orientated measuring stations, partly due to heavy traffic-related emissions such as soot, tire abrasion, and swirled dust.

Changes in weather due to strong winds leads to a rapid reduction in PM10 pollution. In some parts of the world, natural and man-made influences work in combination, as is seen in many parts of Asia. The so-called “Haze”, which has an impact on air quality in Singapore, is formed by clouds of smoke from the Indonesian island of Sumatra. There, small farmers and plantation owners practice slash-and-burn clearing of fields and forests. It’s a yearly ritual that often coincides with the onset of the region’s dry season.

...only worse. This is at least the conclusion of a study from Mainz atmospheric scientist Jos Lelieveld and cardiologist Thomas Münzel, published in the European Heart Journal.

According to the data presented, around 120 people per 100,000 inhabitants worldwide die prematurely each year from the consequences of polluted air, which amounts to about 133 in Europe. The figure in Germany is as high as 154 per 100,000 inhabitants per year - more than in Poland, France or Italy. In comparison, the WHO estimates the number of deaths caused by smoking, including passive smoking, at 7.2 million per year worldwide. For the study, revised statistical functions of the so-called Analysis of Failure Times were applied. The researchers for the Mainz study point out that their extrapolation is associated with statistical uncertainties; the actual effects of air pollution could therefore be above or below the calculated values. However, it’s clear to them that poor air quality is one of the most important health risks (along with high diabetes, obesity and smoking) affecting the world today.

Paessler and the Digital Festival in Nuremberg

Paessler has a strong connection to Smart City and Environmental Monitoring topics through partnerships with numerous LPWAN and IoT companies. At this year's Digital Festival in Nuremberg, we’ll be examining the topic of environmental monitoring from the perspective of the maker scene, and working with participants on practical sensor and coding projects.