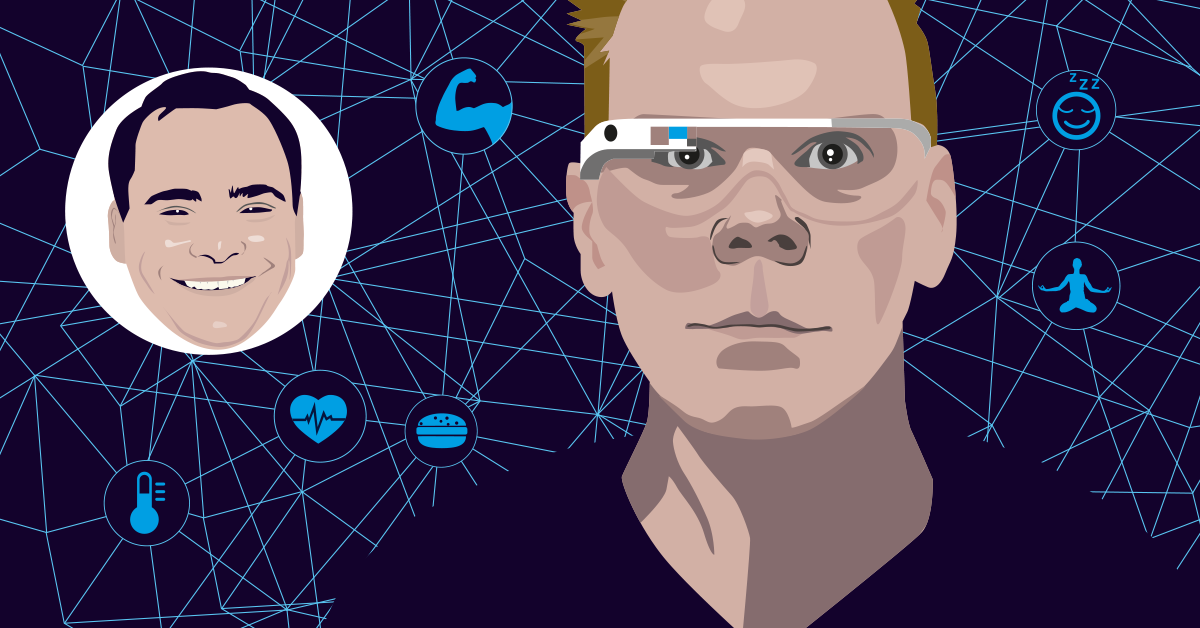 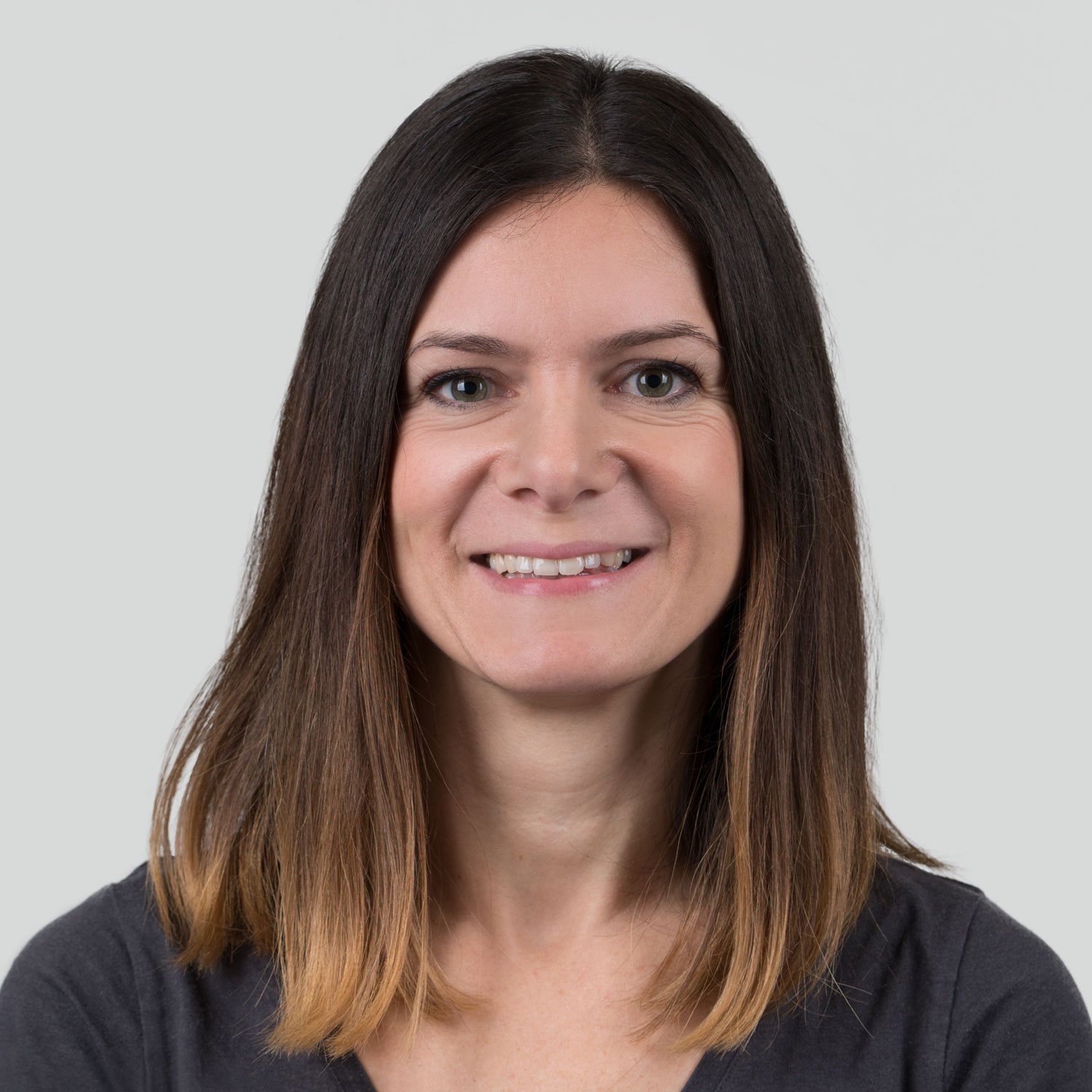 Rupert Collier interviews Chris Dancy to find out more about how he became so connected and how humans and technology will coincide and cohabit in the future. Listen to the podcast to see how dystopian our future could be. Or read the very gappy summary below.

In 2012 Chris gets dragged up on stage at a conference because of his color-coded calendar and wins over the crowd with a 'jump' stunt. The action (a jump) appeared like magic in his calendar, according to the audience. Chris says, "someone from Wired Magazine was in the crowd and the rest is history."

Honest comment from the editor: The sound quality isn't great - it was a quick Skype call before Chris went off to get married. But the content really is worth a listen. Trust me. And sorry about your ears.

A Dystopian Future of Two Races

Rupert refers to the darkness of the Black Mirror Series when he asks if Chris feels that "unadulterated connectivity" is something negative or positive for the future of the human race.

Chris started monitoring his health to try to optimize the ultimate system: his body!

When asked whether the health data and gamification available on various devices could help to change attitudes and prevent diseases like obesity, Chris admits he struggles a bit with 'gamification'. He says it feels more like 'shamification' when you're compared to your peers, and he feels like he's either being judged, or feels guilty.

Rupert questions whether or not digital health is a fad, given the fact his friends are dropping off the radar. Chris agrees and says: "People do stop using devices after a certain amount of time. But I think real studies have to be done into how long the efficacy of the behaviour change lasts."  Chris adds to that: "my most sustainable behavior change, out of all of the systems. Systems meaning habits that I have. Out of all the habits that I changed over the last decade, the ones that sustained were the ones where the people associated with those behaviors went with it".

Chris is becoming more sensitive to the data he collects, sometimes choosing not to look at it.

Sleep is one of the things Chris is sensitive to, which means if he's not sleeping well, he won't look at it. If he is sleeping well, he will look to understand why. He says he quantifies the data but rarely looks at it because he has a good way of "weaponising it against himself".

Nutrition is something he doesn't mind looking at, even if the numbers are bad. Everything from calories, to fat, to sugars to vitamins. He says "Between 2015 and 2016 I was 115 - 120 grams of sugar everyday, and over the past couple weeks I've cut that in half."

Physical Activity is something else Chris monitors, saying he likes to have between 8,000 and 12,000 steps a day, minimum. Anything over 15,000 affects his sleep.

Meditation time is monitored more consistently, Chris says, as it has an impact on how he treats himself and others. But he admits it's the first thing to go when he gets super busy.

He is aware of his environment too: temperature, light and sound. He discovered that when he eats in places with a noise level over 75 decibels he has a tendency to over eat, or eat more poorly throughout the rest of the day!

Rupert ponders the question of whether we could go one step further than using apps to monitor our health, but sending that data back and forth between doctors and nurses.

Chris says, right away, "I think it's here". Referring to Apple's new iOS, which has a summary screen for your doctor. Saying "even if you don't opt-in Apple is collecting all these stats".

Chris then moves on swiftly to what this means for insurance companies, talking about popular programmes in the USA, where consumers opt-in to surveillance (or monitoring). This includes cameras being installed in homes, or cars, with all the data going back to the insurance companies, and entitling consumers to discount on insurance. According to Chris, this is happening in the healthcare industry too.

Chris says, "the active surveillance state is in our homes, on our bodies, in our vehicles. And the place where this started is at work."

Measurable and Hackable: What about Security?

People are becoming more data sensitive but according to Chris, "people are most worried about the things they think they should be, like their bank account or their facebook login. And they're very willy nilly about data tracked in other systems that they have access to."

The Scary Future is Edge-Based Computing

As far as Chris is concerned there is a scarier future to a kind of minority report scenario, where people get arrested for things we haven't done yet.

Chris says the scarier future is a Tesla. Because it has all those rules onboard and local. This is what is known as edge-based, or device-based computing. He says he finds this kind of future more scary, because the systems are making the decisions for you.

An example he cites is his own Tesla telling him to slow down, which he didn't, so the car then went out of auto-drive and cruise control and didn't do anything else. "Like it was teaching me a lesson"  Chris says.

He says "we are about to unleash, with edge-computing, mass amounts of personal shadow IT".  He says we'll start creating life hacks, and in doing so go around systems that were put in place for our own safety.

It's not all doom and gloom

Chris ends saying how much he loves AI, saying it's like wizardry! He also says how much he has enjoyed working with Paessler and is "thankful that we are such thought leaders in this area."

It's been our pleasure, Chris.

PRTG Low
Please note: we are currently experiencing problems with our comments form. This makes us sad, because we love your comments. If you wrote a comment recently and nothing appeared, please don't think we're ignoring you! We are currently working on the issue. Thank you for your understanding and patience!