Automation, Machine Learning, and AI: Is the Sysadmin Becoming Obsolete?

If you're a system administrator, there has probably been some point, whilst automating some or other task, that you've stopped for a second and asked yourself: "Wait, am I automating myself out of a job?" And, perhaps then your mind started drifting a little further down the road: What about Machine Learning? What about the much-vaunted Artificial Intelligence that seems to be merely years away, poised and waiting to steal our jobs?

It's a valid question. As it stands currently, it certainly might seem like we're on a speeding (autonomous) train, hurtling towards a future where system administration tasks will be done by lines of code automatically written by a machine. But how far away is this horrifying future? And what are the stops along the way?

We're already at our first stop on the way to AI: automation. And it is by no means new in IT. Ask a veteran sysadmin what their daily life was like 15 years ago, and you will realize just how much automation has already happened in the field. Some things you might not even think of, simply because we now take them for granted. Need an example? In the "old days", a system administrator would need to download a software update manually, and then install it.

Programs and scripts handle some repetitive tasks that were once part of the daily routine. Teams have gotten smaller, to the point where - in some instances - a single resource can do a job that took a team of maybe three or four to do just a decade ago (if you are one of these solo admins, we have some advice for you). Meanwhile, automation tools, such as Puppet, Chef, or Ansible, provide for centralized management of system configuration, making things much easier for system administrators.

The fact is, syadmins have been automating themselves out of jobs for many years now. Yet surprisingly, they are still not an extinct breed.

The Next Step: Machine Learning

There are countless ways that Machine Learning can benefit a sysadmin. One of the most obvious is log analysis. As you are no doubt aware, even a small system can produce a massive amount of logs. While most of this information might be useless, there are patterns in those logs that could hint at problems, potential areas of improvement, and other things. Getting a computer to sift through all this information frees you from one of the most tedious system administration tasks.

Or what about a program that constantly analyzes the network and can instantly recognize and react to certain signs that indicate a security breach? Or a program that monitors an environment and automatically scales the system according to expected usage (predictive provisioning)? When you then give programs like these the ability to keep learning about their environments, you have a powerful set of tools that will revolutionize IT.

Machine Learning may seem like a more imminent threat to the sysadmin than full-blown AI. In fact, it's already here, with many existing examples already implemented. But while it might be way closer than "true" AI, Machine Learning is itself a nascent technology, and has a long way to go. It also has a high barrier for entry, because it needs clean, meaningful data as input before it can provide useful results. 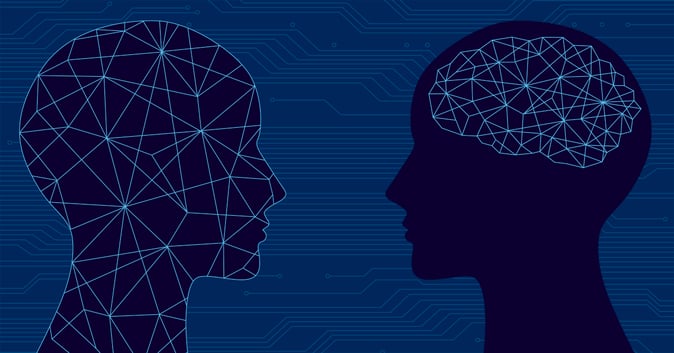 Sensationalist or click-bait headlines, most of which play into already-established popular opinions (like This is What Happens When You Teach an AI to Name Guinea Pigs, or Chatbots develop own language: Facebook shuts down AI system), create a somewhat obscure picture of the real situation. Marketing hype and science fiction stories only add to the general paranoia and confusion. Where do we actually stand? Are we decades away from spending weekdays drinking daiquiris and playing video games while our robot servants handle all the work? Or is the revolution right on our doorsteps?

Well, maybe it's a bit of both. Right now, it seems any bit of software that can mimic human decision-making or behavior is hastily termed "Artificial Intelligence". In this case, AI can already do some pretty cool things.

But a lot of current AI relies on a pretty specific dataset as input and operates within a constrained realm. For example: AI recently beat the world's best Go players in a game considered to be extremely complex. While you can't deny that this is an incredible achievement, it took several years of work to produce the algorithms that made this possible. Furthermore, one could not simply take the algorithms of this AI and apply them to another game as-is (even though they are more general-purpose than in the past).

In truth, the intelligence of current AI has been described as being at the level of a sea slug in comparison with human intelligence. It still has a way to go. However, there is a general consensus that, from here on in, advances in the field will be exponential.

But What About Your Job?

What does all of this mean for the role of system administrator? Well, even though we might truly be entering the golden age of AI after several false starts, it seems that the age is going to take a while to get going. In the meantime, you're probably going to be too busy with automation and Machine Learning to worry about losing a job to the future robot overlords just yet.

The onset of Machine Learning, combined with smarter automation, hands sysadmins a two-sided coin. The one side comes with the benefit of getting rid of the menial work. The flip side is that you could be making yourself redundant. But the reality is perhaps not that dramatic.

Machine Learning is coming of age at the same time as other new technologies and concepts are starting to take form. The IoT and Big Data are both ready for some kind of implementation in organizations. Machine Learning can be implemented in other spheres of the enterprise, not just in system administration. Each of these disciplines comes with its own challenges in terms of hardware configuration, required technical knowledge, and implementation considerations. These technologies will need system administrators to set them up, configure them, maintain them, and scale them. And you'll have more time to focus on these (cooler) tasks because you won't have your head buried in log files.

In history, there have been many eras of upheaval due to new technology. The industrial revolution changed the role of factory workers, farmers, weavers, and many other professions. And while it always seemed that the new technology would take away jobs, this often turned out to be a short-term view. For example, when the power looms replaced manual looms, fewer weavers were required, but more jobs were created to keep the looms maintained and well-oiled.

And so it is with the sysadmin. Despite the doom and gloom you'll read about AI stealing jobs, that eventuality is still far enough away that you and I might never need to worry about it during our careers. But that doesn't mean the job isn't already changing.

New challenges are arising, and the trick is to figure out what skills those challenges require. Working smart with automation and Machine Learning will open up new opportunities for the sysadmin to reinvent themselves. And this is the benefit sysadmins have right now: while the weavers working on the manual looms were a victim to the new power looms, sysadmins are living in a time where knowledge is readily accessible.

Do you think you're becoming obsolete? How can a sysadmin stay relevant as the role changes? Let us know your thoughts in the comments!