Blog Home > How Not to Starve: Why the 21st Century Food Industry Needs Innovative Technologies 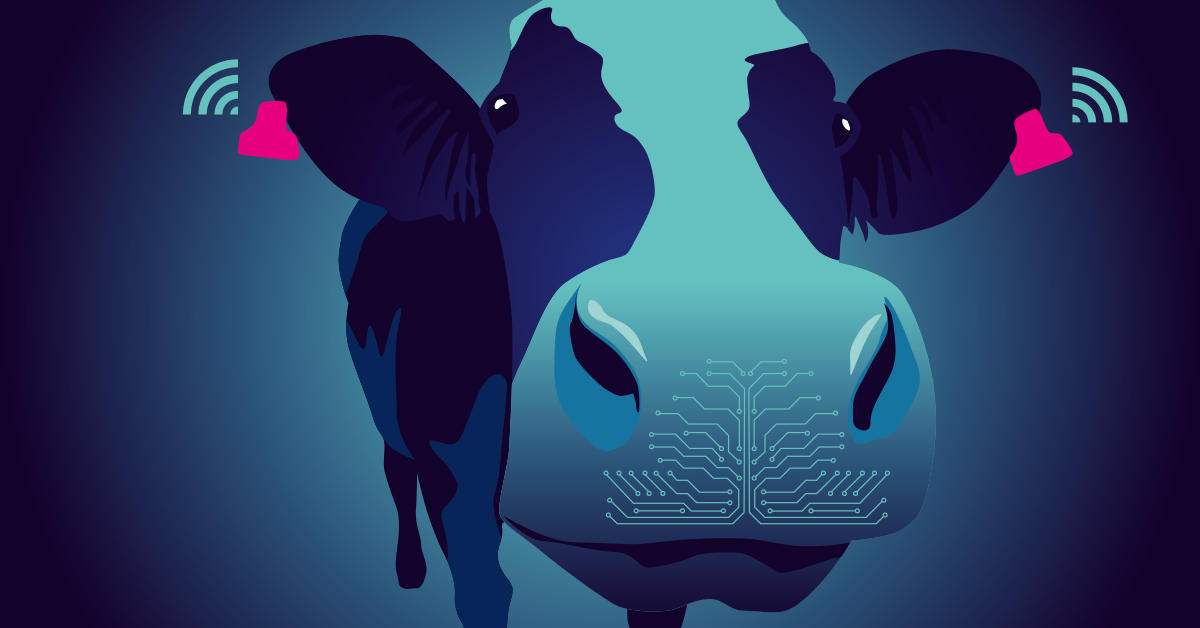 How Not to Starve: Why the 21st Century Food Industry Needs Innovative Technologies

Agriculture is an industry that is no stranger to disruptive technologies, especially when looking at the Internet of Things (IoT). This is a good development in a globalized world experiencing food shortages in a number of locations. Nevertheless, I want to explain why IoT is not a panacea in agriculture or the food industry so long as fundamental thinking remains unchanged.

Besides blockchain and artificial intelligence, IoT is one of the major trends that is changing the IT industry from the ground up. It’s a type of network where intelligent objects connect to each other and to the outside world using the Internet. Sensors and processors are used in this type of smart communication. The comprehensive network can also include elements such as vineyards and fields, and it is doing more and more of that in real terms.

But how do farmers use IoT technologies? How do consumers, who are becoming increasingly critical and are looking for sustainable farming, benefit? And how does IoT avoid removing farmers from their social responsibility?

Here's an Example to Start

Smart vineyards provide the best fertile soil for good vines and ultimately better wine. Global warming can be observed in viticulture, and so you have to be prepared for the possibility of rapid weather changes and more extreme weather conditions.

More and more winegrowers are therefore relying on sensors distributed throughout the vineyards to send environmental data, drone images, and information about the composition of the leaves to cloud platforms. There they are visualized and offer a better overview and serve as a planning basis for the daily work. Analyses, for example with Power BI and with the help of Cognitive Services, create additional added value and forecasts for the condition of the vineyard. Wine growers can therefore not only better plan their day-to-day work, but also know that their vines and grapes are always well protected. With IoT, data can give you peace of mind!

In addition to the practical example shown above, there are of course numerous areas of application for IoT in agriculture. Here are a few key terms that you might come across again and again:

Now What Is “Smart” in the First Place?

If Smart is only the reaction to a worsening climate and the potential increase of one's own profit, then "smart" in reality seems quite stupid. Consumers are becoming increasingly critical and questioning what they consume. IoT can't remove farmers from their social responsibilities.

In different climate zones, but particularly the warmer ones, fertile soils are lost due to incorrect irrigation practices. Where rain is scarce, groundwater is pumped to the fields. Natural salts contained in the soil are dissolved, and rise upwards with the evaporating water. These unsustainable methods have contributed to the loss of about one-quarter of the land used for agriculture over the last 25 years, and every three years an area the size of Germany is lost to deserts! During the same period, the world’s population has grown by about two billion.

On the left side you can see in figures how many people around the world are suffering from hunger or are acutely threatened by it. By the year 2050 there could be as many as 10 billion people living on Earth. They will all need food and, with increasing prosperity, develop higher demands, for example for more meat and dairy products. In order to satisfy these demands, agricultural production would have to be increased by around two-thirds by 2050. In particular, water, fertile soils, and biodiversity must be used and conserved more intelligently - above all more effectively. This is an illusion, if you take a look at the current situation of agriculture and farming worldwide. If this disastrous trend continues unabated, harvests would fall by up to 12 percent over the next 25 years. Hunger would be a bigger issue for specific population groups than it is today.

Does this also apply to progressive First World countries? According to many government studies, even European agriculture is progressing too slowly in terms of environmental protection and nature conservation. The use of pesticides and the destruction of certain habitats are even going backwards from an environmental point of view. The main problems are concentration on a few types of fruit, the high use of fertilizers and pesticides in the field and the use of medicines in the stable. Sales of pesticides for example in Germany rose from just under 30,000 tons in 1994 to over 40,000 tons in 2016. Over 30 percent are weed poisons, including glyphosate. Numerous studies have shown that insect mortality is associated with crop protection products. Even in groundwater, pesticide residue is regularly detected. At the same time, the proportion of areas with a high so-called natural value, such as species-rich grassland or orchards, is falling.

Moreover, IoT is not the first application of the digital world in agriculture. For about two decades, agriculture has been using all technical possibilities to design respective processes as optimally and precisely as possible (precision farming) and to further optimize them through intelligent control (smart farming). Often this has not led to a more sustainable, better and healthier agriculture.

But fortunately, that's not the last word:

How Not to Starve

Technology takes no social responsibility from us. The erroneous belief that this is the case poses a moral dilemma of the 21st century.

Hydroponics is the art of cultivating plants with water. The word comes from the Greek "hydro" (water) and "ponos" (work). The concept was comprehensively described in 1930 at the University of Berkeley by Dr. W. E. Gericke. But this cultural method has existed much longer.

Here are some of the most exciting benefits of hydroponics:

A recommended comparison of the advantages and disadvantages of hydroponics can be found here. It also seems important to me to say a few words about the transport routes of today's food traders. One kilo of food transported by air causes 170 times as many emissions as one kilo transported by ship. In terms of emissions, in a European country for example, this means that for one kilo of overseas food transported by ship, 11 kilograms can be delivered within that country. For a kilo of food transported by air, that is almost 90 kilos of domestic food. Technologies such as hydroponics provide a solution for this as well. I have also experimented with hydroponics at home in the context of smaller tube systems and can testify to this procedure’s simplicity and effectiveness. Perhaps it is only a matter of time before your own hydroponics facility, including your own plant production, belongs as naturally in an apartment as a washing machine!

Other technological features, such as monitoring, are crucial for the success of hydroponics, especially water quality (conductivity or pH level) and artificial lighting. Hydroponics, among many other exciting concepts, can be the way "not to starve" in the future. Smart Agriculture has to deal with these concepts and ideas in order to initiate a truly sustainable development of the nutrition sector worldwide. All the technical resources are in place.

IoT is a modern concept. If farmers' mindsets are not as modern and progressive, then agriculture will not benefit from IoT. Smart Agriculture cannot make people and animals happy by itself; as always, the full potential of a technology lies in the hands of those who use it.