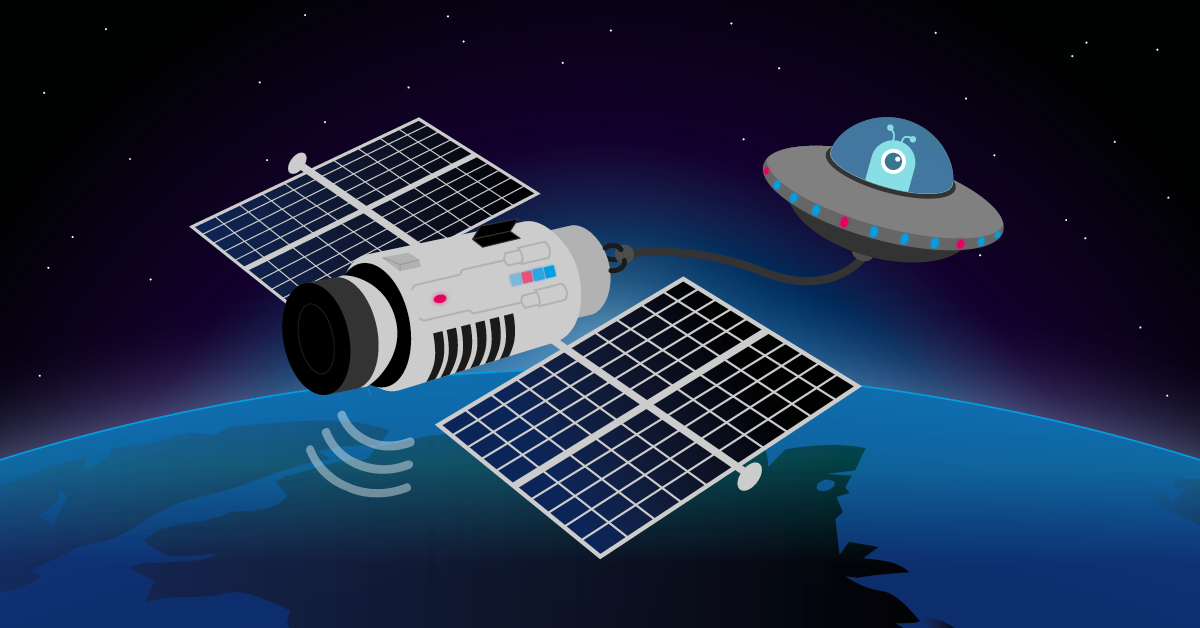 How IoT Worlds Are Networked from Orbit

Initially, this article would have started with the words "One small step for..." but in every trustworthy team of writers this is a reason for termination. Still, what Sigfox announced in the middle of last year is a giant leap. Sigfox will send satellites into space, and can thus also cover areas of the earth where this is not easy to implement terrestrially.

In case you have as much knowledge of space as I do, which is none, I have collected some interesting facts about the place where the Sigfox satellites will soon hang out.

Since the whole LPWAN stuff would be pointless if the satellites were at an extreme altitude (the signals could only be received weakly, and at some point not at all), they circle the earth in a low earth orbit at an altitude of between 500 and 600 kilometers.

Admittedly, that still sounds pretty high. The term Low Earth Orbit (LEO, also called Near Earth Orbit) is used to describe altitudes between 200 and 2,000 kilometers. LEO are the most energy-poor orbits and therefore the easiest to reach. Spacecraft move there at a speed of about 7 km/s and they need about 100 minutes to make an orbit around the earth. The visibility and thus the radio contact to a ground station is at most 15 minutes per round.

Here are a few values for height comparison:

Above the MEO zone there is a place called HEO, which starts at an altitude of approximately 36,000 km. Nevertheless, all this still belongs to the closer earth surroundings. Turns out the geocentric orbit is a pretty spacious place.

From the position of the Sigfox satellites, they will collect data from connected objects around the world and transmit them daily to a ground station (located on the Norwegian archipelago of Spitsbergen in the Arctic Ocean).

The satellite link will be complementary to terrestrial IoT networks and use the same omnidirectional antennas. In spite of the connection to space, connected objects should not become more expensive or consume more energy (another factor whose absence would make the whole LPWAN stuff pointless).

Seen objectively, the step into space is a huge one for Sigfox. No other provider of LPWAN technology has these resources to potentially cover all difficult terrestrial areas.

Despite our close partnership with Sigfox, we at Paessler have no intention of shooting anything or anyone into space. If you read the opposite, it's probably the 1st of April again and you really should stop believing everything that's on the Internet.