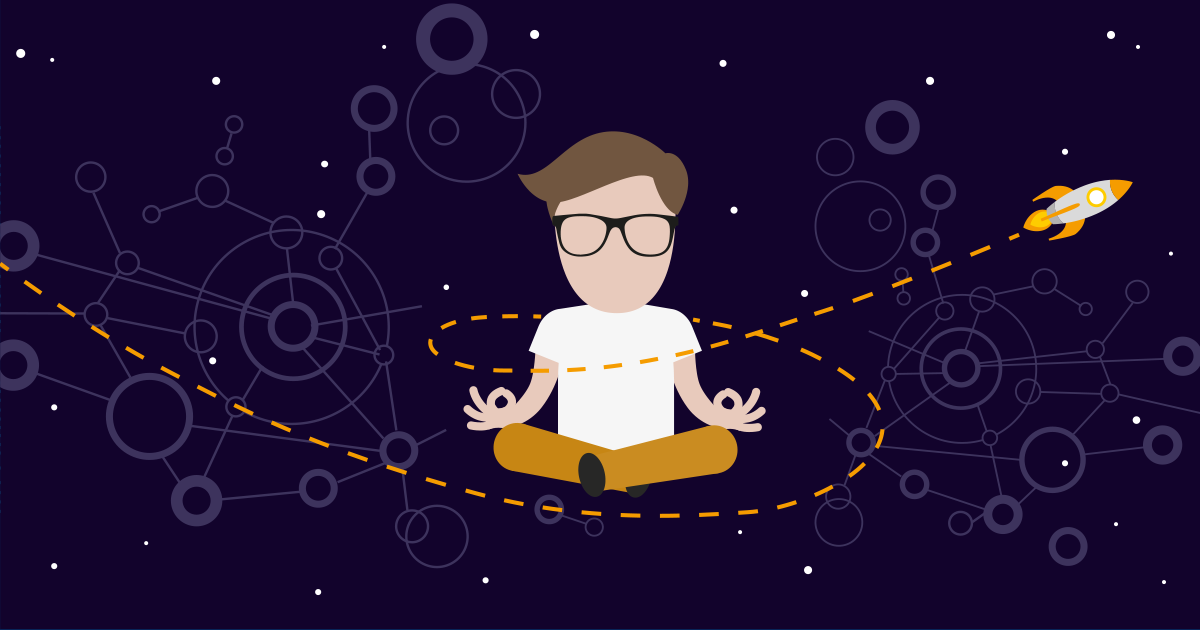 9 of the Stupidest Questions Sysadmins Have to Endure

After reading this you'll realize that the hardest part of a sysadmin's job is not his network-it's the people who need his help. Not all of them, but those who get particularly, um, creative, around IT.

A few years ago we asked sysadmins about the stupidest questions they've ever had to deal with. It was meant just for fun and we had no idea what we were getting ourselves into. The feedback was overwhelming—and hilarious. We couldn't believe what sysadmins from all around the world had to put up with!

We knew we had to share their experiences because IT pros deserve to know they're not alone. That literally thousands of fellow sufferers out there faced the same kind of bull**** as they did.

We asked our own IT guy Aurelio to show us his reactions to our favorite stupid questions—and he didn't disappoint. The expressions on his face were worthy of an award.

We turned the photos into comics and shared them on social media. Our followers loved them, so we turned them into post cards for people to take home. We're not surprised that they're a favorite giveaway at trade shows. Which one do you like best? 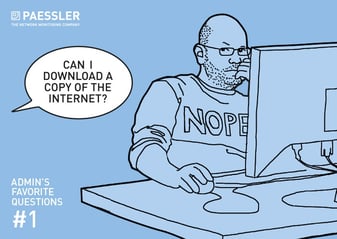 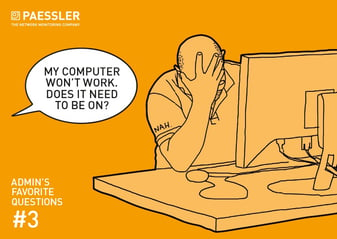 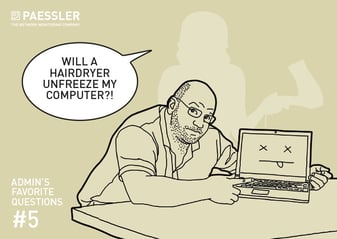 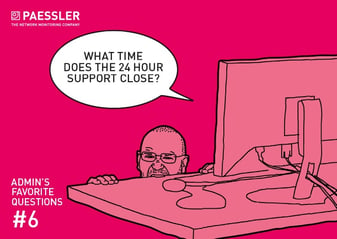 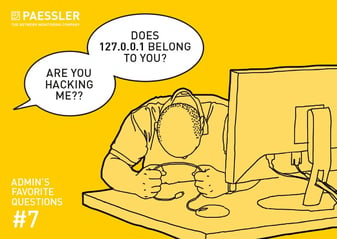 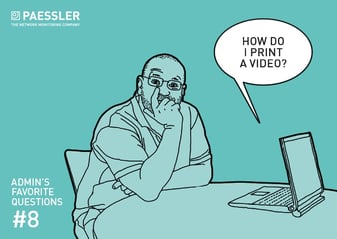 This is how the comics looked before they were comics. We would like to assure you that Aurelio had to rely *entirely* on his imagination for this, because no one at Paessler would ever ask stupid questions like these. Never. Ever. *nervous cough*