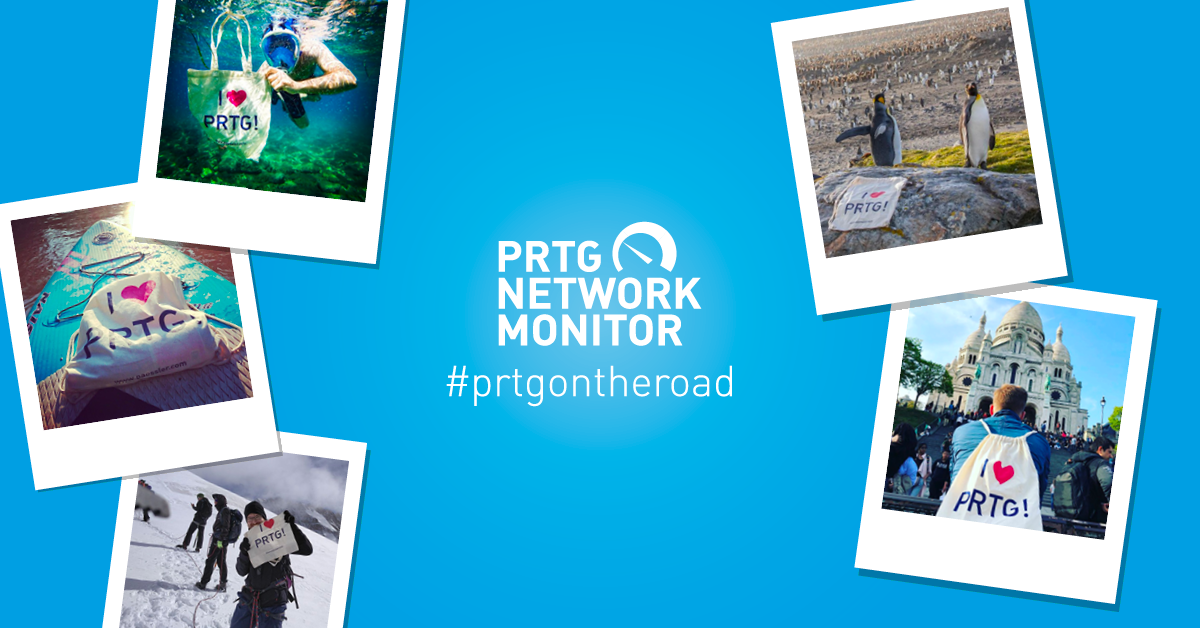 PRTG On the Road Winners, in Pictures

In November last year, we held a competition where PRTG users could win a PRTG bag or neck warmer. We also had a follow-up: the winners could then win one of five Playstation 4 Pro consoles if they posted a picture of themselves with their prize and used #PRTGontheroad as a hashtag. We expected some interesting photos, and our users delivered!

We know that our PRTG bags have multiple uses, but carrying toddlers is not one we've thought of before. As an added bonus, we 100 percent support the message in the background...

Jon Bucud went to Disney World after winning the bag. As one does.

PRTG, providing sysadmins the freedom to escape to the happiest place on earth since 2003! #PRTGOnTheRoad @paesslerAG @Disneyland pic.twitter.com/qJK0SSeNaI

An honorable mention from Jon Bucud: apparently he's a firm believer that Darth Vader's thermal exhaust port problem might have been avoided if he had the right alerts.

Meanwhile, we have a message for our user, James Turner: we'll never get tired of you banging on about how good PRTG is. For obvious reasons.

If we were wondering where all our PRTG merchandise got to, it seems nn-aquafin might have a few ideas:

And finally, Scott Wise proves that he is worthy of his Twitter name (@wiseman13) with this nugget of advice: the PRTG neckwarmer is not so effective against leopard raptor attacks. Don't tell us you didn't know, kids.

Well @paesslerAG #prtgontheroad is great at helping protect my servers when I am out and about with the family, but the new head gear is not so effective against leopard raptor attacks! pic.twitter.com/4dodQDJfzh

To the winners: we hope you enjoy your Playstation 4 Pros. If you want, I'll let you know my gamer tag :)